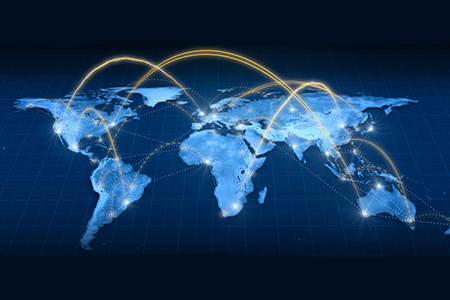 The International Textile Manufacturers Federation (ITMF) has now issued its most recent analysis of the worldwide textile machinery market. 42/2019 provides a breakdown for its rotation, texturing, circular and flat knitting machines, finishing machines sections, which in the primary, saw decreases in volumes for 2019.

In 2019, global shipments of rotation, texturing, weaving, knitting, and completing machinery decreased on average compared to 2018. The amount of shipped draw-texturing spindles declined by 4.5percent and deliveries of shuttle-less looms shrunk by 0.5%. Shipments of big circular machines contracted by 1.2%, while sent flat knitting machines dropped by 40%. The number of deliveries at the finishing segment also fell by 2% normally.

A summary of the findings for each class is presented below. The 2019 poll has been published in cooperation with more than 200 textile machines manufacturers representing a thorough measure of world production.

The entire amount of sent short-staple spindles decreased by about 1.7 million units in 2019 to a degree of 6.96 million. Most of the new short-staple spindles (92 percent ) were shipped to Asia & Oceania, in which shipping diminished by 20%. While levels stayed relatively modest, Africa and South America saw shipments increasing by 150% and 120%, respectively. The six biggest investors in the short-staple segment were China, India, Uzbekistan, Vietnam, Pakistan, and Bangladesh.

563,600 open-end rotors were sent globally in 2019. This represents a 147,500-units fall compared to 2018. 90 percent of global imports went to Asia & Oceania where deliveries decreased by 21 percent to 517,000 rotors. Indonesia and Pakistan, the world's 5th and 6th biggest investors in open-end rotors, increased their investments by 120% and 15 percent, respectively.

Global shipments of single heater draw-texturing spindles (chiefly used for polyamide filaments) increased by 12 percent from nearly 22,800 in 2018 to 25,500 in 2019. With a share of 88 percent, Asia & Oceania has been the most powerful destination for a single furnace draw- texturing spindles. China and Chinese Taipei were the key investors in this segment with a share of 64% and 12% of global deliveries, respectively.

In the class of double glazing draw-texturing spindles (mainly used for polyester filaments) global shipments decreased by 5 percent to a degree of 464,000 spindles. Asia's share of worldwide shipments decreased to 90 percent. Thereby, China remained the largest investor accounting for 77 percent of international shipments.

Global imports of large diameter circular knitting machines fell by 1.2% to 26,400 units in 2019. The region Asia & Oceania was the world's top investor in this category with 86 percent of global shipments. India and Vietnam ranked second and third with 2,670 and 2,210 units, respectively.

In 2019, the segment of electronic flat knitting machines diminished by 40% to approximately 96,000 machines. Asia & Oceania was the main destination for all these machines using a share of 92 percent of world shipments. China remained the world's largest investor having an 80% share despite a 44 percent -reduction in investments from 122,550 units to 68,760 units.

In 2019, worldwide shipments of shuttle-less looms decreased by 0.6% to 133,250 units. Thereby, shipments in the categories of air-jet' and'rapier and projectile' fell by 7.7percent to 30,200 and 22 percent to 25,000, respectively. Deliveries of water-jet looms climbed by +12percent to 78'000. The main destination for shuttle-less looms in 2019 was Asia & Oceania with 95% of all worldwide deliveries. 98%, 93%, 86% of all water-jet, air-jet, and rapier/projectile looms moved to this area. The main shareholders were China and India in all 3 sub-categories. Deliveries of weaving machines into these two countries reached 89 percent of total deliveries. Bangladesh further played a significant role in the rapier/projectile segment with 20% of global shipments.

From the'fabrics continuous' section, imports of stenters and washing machine (stand-alone) grew by 34 percent and 0.6 percent. The expansion in stenter deliveries is principally explained by the addition of ITMF's estimate for the number of stenters. The complete number of sent stenters of 1,700 units thus represents an estimate of the entire market for this particular category.

From the'fabrics discontinuous' section, the Amount of jigger dyeing / Beam dyeing machines shipped rose by 35 percent to 561 units. Deliveries in all Other machine groups in both completing sub-segments (i.e. Continuous and discontinuous) decreased in 2019.