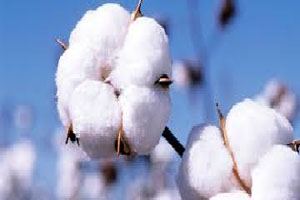 Cotton prices stabilizing on Tuesday at cotton market with the revival of buying interest at the lower level. Many small- and medium-sized spinners actively repÂ­lenished their stocks at the lower level. Consequently, fairly moderate activity was noted when trading ring closed. HowÂ­ever, activity remained resÂ­tricted as many leading spinÂ­Â­ners looked for import options.

Also the hope of getting substantial export orders in the Heimtextil trade fair which kicked off on Tuesday is a driving force behind renewed buying interest. As many as 250 exporters of home textile from Pakistan are reported to be participating in the four-day fair in Frankfurt which ends on Jan 12.

According to a leading ginner from Khanpur, though substantial quantity of unsold cotton was still lying with ginners, there is hope that it will be lifted by spinners soon upon their return from the German trade fair which offers bright prospects for Pakistani home textile exports.

The world leading cotton markets were also steady as they are eagerly waiting for US Department of Agriculture report on cotton production due on January 12. Similarly, situation on domestic front would also get cleared after the release of cotton production figures on January 15, by the ginner's body.