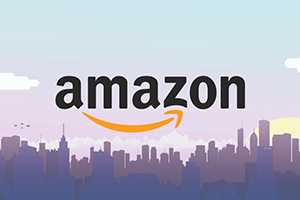 Amazon fashion not catching up with the trend

Amazon.com Inc has expended plenty of effort to become your go-to place to buy clothes, and it is clearly making inroads. In particular, it appears to be scoring in the category of basics such as undershirts and socks.

But the site still isn’t a great shopping experience for more fashion-oriented purchases — and it will need to be if it is to lure more marquee apparel brands and increase its market share.

So I was curious when Amazon recently launched a new feature in its app called StyleSnap. The artificial intelligence powered tool allows users to upload a photo — a screenshot of a celebrity’s Instagram post, say, or maybe a photo snapped of a friend at a party — and it will offer up similar outfits for purchase on Amazon.

It’s a solid idea that has the potential to address a real pain point many shoppers don’t even quite realise we experience: Often, we don’t have the right language to tell a search engine or store worker what we’re looking for. Your idea of “floral print dress” might be a bold garment stamped in big blooms that would fit right in at Miami Beach; someone else’s might be a dainty liberty-printed frock.

This applies outside of apparel, too; the sofa you think of as “minimalist” might be what furniture retailers categorise as “mid-century modern”.

The great promise of a visual search tool like StyleSnap is that it could help erase those gaps. And in doing so, it could theoretically give Amazon a unique edge in the e-commerce fashion game. However, I’ve been experimenting with the tool for the last two weeks or so, and I’m not impressed.

It got some things right, but generally, I found it to be unhelpful — sometimes comically so.

I’ll start by giving credit where it’s due. I uploaded a photo of me, taken last summer at a gelato shop in Italy, and the first dress it offered up is an impressively close match to the one I’m wearing.

But much of the time, StyleSnap missed things that are abundantly obvious to the human eye and brain.

I’m not picking on StyleSnap for the sport of it. In part, I’m scrutinising it because Amazon invited us to hold it to a rather high standard by declaring in a blog post that the tool “will change the way you shop, forever”.

But, more importantly, it is part of a pattern of apparel offerings and shopping experiences from Amazon that fail to convince me it is going to trample fashion-oriented competitors anytime soon. Amazon Spark, an Instagram-like shopping tool, is being reimagined as a new feature called #FoundItOnAmazon, a change that suggests Spark, in its original incarnation, wasn’t exactly a runaway hit.

I haven’t seen any data that suggests its Echo Look device, in which voice assistant Alexa offers fashion advice, is having a material impact on its sales in the category. Amazon’s search parameters in apparel are sometimes bewildering — though we have noticed some recent improvements there. Selling fashion is simply different than selling laundry detergent or cell phone charger cords. Shoppers are often looking for inspiration and curation; they’re in discovery mode, not knock-out-a-quick-errand mode.

Amazon seems to get that, and that’s clearly why it is trying things like Prime Wardrobe, where you can try on clothes before you buy them. But I don’t think Amazon has demonstrated yet that it has cracked the code of discovery-oriented shopping. And so investors ought to be more sceptical about how that dynamic is a hurdle for Amazon in this category.

I’m sure StyleSnap will get better over time — that’s how AI-powered tools usually work, after all. But for now it is a glaring reminder that Amazon is on anything but a glide path to decimating its competitors in the fashion arena.