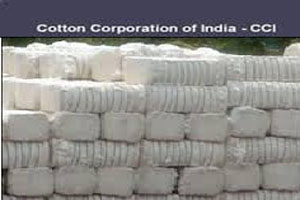 P. Alli Rani, Chairman and Managing Director of CCI, told that the Cotton Corporation would need space in 500 to 600 warehouses. The Cotton Corporation purchased 3.6 lakh bales of cotton at MSP (minimum support price) during the current cotton season (October 2017 to September 2018). However, with the steep hike in MSP for cotton, the CCI might have to purchase huge quantities next season (October 2018 to November 2019).

On controlling contamination in cotton, Ms. Rani said the Bureau of Indian Standards has circulated a draft proposal inviting comments from stakeholders to introduce cotton bale tagging to facilitate traceability. â€œContamination-free cotton is what the industry wants. The Ministry of Textiles is trying to enforce traceability. The Cotton Corporation of India has insisted on labelling by ginners for the cotton purchased by it,â€ she said.

The CCI will use the warehouses of Central Warehousing Corporations on a pay-and-use basis. If these are not adequate, it will use the State warehouses. During the current season, the CCI used 170 warehouses across the country, including those of CWC, State Government and private facilities.

The Cotton Corporation of India (CCI) has signed a Memorandum of Understanding with the Central Warehousing Corporation to use its warehouses for cotton storage.