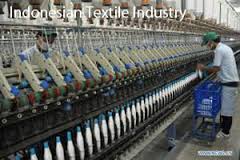 Textile manufacturers in Indonesia request the government to provide more legal certainty in relation to the continuously rising flow of imported textile products. The rising flow is the result of the implementation of the ASEAN Economic Community (AEC) at the start of 2016.

Single market and production base has been created by AEC within ASEAN member countries, implying that goods - including textiles and textile products - can flow freely within the region. However, Indonesian textile players say that many textiles that are imported from other ASEAN countries (and thus are free from import tax) actually originate from non-ASEAN countries.

This imports of relatively cheap textile products puts pressure on Indonesiaâ€™s domestic textile manufacturing industry, an industry that has already been under pressure due to external and internal factors. Since the launch of the ASEAN China Free Trade Agreement (ACFTA) in January 2010, the Indonesian market has seen a great surge in cheap textile imports from China. Meanwhile, Indonesian textile manufacturers have difficulty to be competitive on a global scale as local gas prices are high, while the industry is highly dependent on imports of raw materials from abroad, which cause high production costs, particularly in times of rupiah depreciation.

Iwan Lukmtinto, President Director of Sri Rejeki Isman, said the AEC â€“ even nine months after the launch â€“ continues to post challenges, in this case challenges related to the legal framework as the origin of imported products is questioned. Many of the textile products that are imported into Indonesia from member ASEAN countries are actually (partly) manufactured in non-ASEAN countries and then transshipped into Indonesia. This means domestic textile manufacturers need to compete not only with Chinese textiles and ASEAN textiles but also with textile producers from outside these regions.

Ernovian Ismy, Secretary General of the Indonesian Textile Association (API), added that it is a breach of the AEC if non-ASEAN members benefit from the free flow of goods within the ASEAN region and therefore authorities should protect the domestic textile industry. Generally, imported goods from other countries are subjected to an import tax of 15 percent (unless a trade agreement has been implemented).

Textile products need to fulfill two requirements in order to be imported under the AEC framework: (1) the cloth needs to be manufactured in the ASEAN member nation and (2) it needs to be sown in that country. However, several ASEAN member nations import the cloth that was manufactured abroad and are only engaged in the sowing process before exporting the produc to Indonesia. This is not in line with the regulations.

Indonesia is one of the worldâ€™s largest textile producers although it lags far behind China, the worldâ€™s leading textile manufacturer. Indonesia aims to enhance textile exports, which contributed 1.21 percent of the countryâ€™s gross domestic product (GDP) in 2015. There are currently around 3 million Indonesians working in the textile industry and therefore the industry is also an important source of jobs