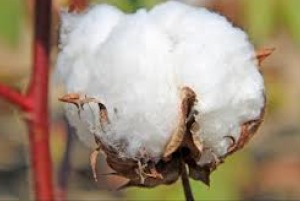 The cotton plantation in most of the cotton yielding areas in Lahore is likely to be impacted by low temperature in February and March and subsequent poor rainfall. This has sparked fear of lesser production among the cotton stakeholders.

The member of Pakistan Cotton Ginners Association (PCGA), Ehasnul Haq, has said that the change in climate has wrecked havoc on the cotton production in key cotton growing districts including Bahawalpur, Bahawalnagar, Rahim Yar Khan, Vehari, Pakpattan, Khanewal, and Sahiwal. The successive spells of hailstorm and rains has procrastinated the production in all these areas. He expressed fear that continuous rainfall and tardy production may also lead to greater cotton imports this year.

Haq also recalled that cotton was planted a bit early this year due to gradual change in sowing patterns in the last several years. Usually, rains arrive at the primary and secondary cotton growing stage. He lamented that early sowing trend has inflicted huge financial losses which has ultimately annoyed farmers to the hilt.

Tariq Bucha, the President of Farmers Association Pakistan (FAP) has said that bad weather condition continues to have detrimental impact on the productivity of various crops. They need to pull up their socks and take necessary preventive measures as soon as possible. In addition to this, he said that various other factors have lead to the stagnant production of cotton in the last several years. The scarcity of disease resisting seeds is the biggest reason of low cotton production.

He added that they are still sticking with the old technologies for seeds productions, whereas the world has moved to the advanced generation of seeds. He is of the belief that latest methodologies, including genetically modifying seeds, should be introduced in the country for the improved crop production.