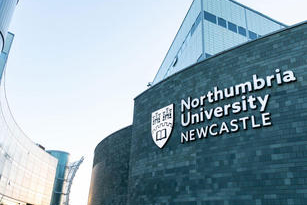 In accordance with the Paris Agreement and the UN Fashion Industry Charter for Climate Action, the agreement aims to reduce the impact of clothing and home textiles on climate change.

As a signatory, Northumbria University has committed to using its academic expertise to assist companies and recycling organizations in meeting national sustainability goals.

Dr. Alana James of the Northumbria School of Design, the course supervisor for Northumbria's MA Fashion Design program, is one of those involved.

Speaking about Northumbria’s support for Textiles 2030 and the impact the University hopes to make, Dr. James said that their collaborative efforts to combat climate change are needed now more than ever. The existing fashion system has a substantial environmental and social impact, necessitating systemic change as well as alternative design and manufacturing methods in the future. Northumbria University's Fashion Department is dedicated to developing new and innovative ways of working while also teaching the next generation of industry experts to ensure a sustainable future.

Environment Minister Rebecca Pow of Defra said that thousands of tonnes of old garments and textiles end up in landfills and incineration each year, wasting vital natural resources. That is why we must move away from the ‘take, make, use, throw' approach and toward a more circular system in which clothes are kept in use and re-used, recycled fibers are used in new products, and the sector's climate and water impacts are reduced. Textiles 2030 will contribute to this transition, allowing the UK to move toward greater circularity and innovation – and aiding their mission to recover from the Covid pandemic.

WRAP, a UK waste recycling nonprofit, formally launched Textiles 2030 in April. Through practical interventions across the entire textiles chain, the ten-year voluntary clothing and the textile waste plan aim to reduce the environmental effect of UK apparel and household fabrics.

In keeping with the Paris Pact on climate change, the agreement intends to reduce the greenhouse gas footprint of items sold by half by 2050, achieving net-zero by then. It attempts to lower items' water footprint by 30%.

It also wants to establish a new industrial vision in which items are built to be circular, lasting longer and then being recycled, as well as being re-used and replaceable.