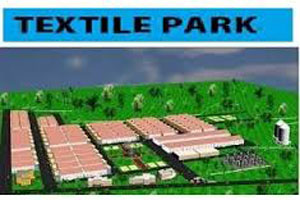 The Telangana Chief Minister K Chandrashekhar Rao is all set to make the proposed Warangal Textile Park in to a reality. The textile park will cover a wide expanse of about 1000 acre making it the nationâ€™s largest textile park.

Warangal being a key producer of cotton was chosen for this project. The Govt wants to put to use the some of the land available in the premises of the now defunct Azam Jahi Mills.

Plan for the Warangal Textile Park should be given the final shape after studying textile industry in Surat, Solapur and Tirupur, an official release quoted the Chief Minister as saying. Stateâ€™s renewed plans for the countryâ€™s biggest park would mean possibly looking for alternate sites where land is available.

While there are smaller units operating in northern Telangana districts, which are big producers of cotton, produced cotton is processed in neighboring Maharashtra as it has better infrastructure. The Government wants to avoid this and help the farmers and the traders alike.

The proposed textile park will have a large number of looms and will serve as a trade hub. The state wants the park to serve as an engine for generating employment opportunities for the thousands of people who migrate to neighboring states for work.

The government plans to provide land and create the required infrastructure. It will provide a competitive tax structure for the textile units, on par with other states. The textile park would house units from several companies involved in cotton trading, clothing and apparel manufacturing.

According to the Chief Minister, the proposed textile park at Warangal is a way to provide direct and indirect employment opportunities.