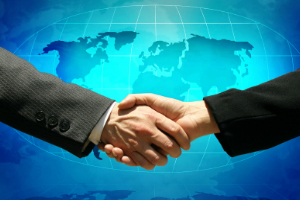 As cotton textile exports have declined 7.39% in August 2015 as compared to the corresponding month last year, Indian textile exporters have urged the government to facilitate free trade agreements (FTAs) with major importing countries including the European Union, Australia and Canada to remove trade barriers.

Despite having competitive prices, cotton textiles exporters of India are not granted special access like other nations such as Bangladesh, Cambodia, Pakistan, South Korea, Turkey and Vietnam get in major importing nations like the European Union. Also, there has been partiality in import duties charged on Indian textiles in main markets like China and Canada thereby affecting Indian exports.

Countries like Bangladesh buy cotton and yarn from India to produce textile and competes with Indian exports in the developed countries.

R K Dalmia, Chairman of the Cotton Textiles Export Promotion Council (Texprocil), opined that the constant decline in cotton textiles exports is a matter to worry and needs immediate action from the government.

As a result, FTA talks with the EU needs to be expedited so that preferential treatment given to Indiaâ€™s competitors would be withdrawn and cotton textiles of Indian origin be treated at par with other countries. FTA talks with the EU are yet to arrive at a judgement since past five years.