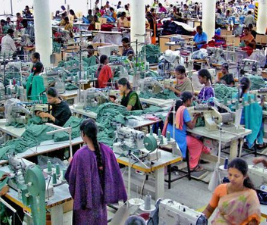 Minister for Electricity, Excise and Prohibition P. Thangamani has asked industrialists to change their mindset and expedite establishing zero discharge common effluent treatment plants (CETPs) in the region so that the textile sector is on a growth track.

Speaking at the valediction of the second edition of “Weaves”, a four-day premier textile fair at Texvalley at Gangapuram here on Saturday, the Minister said that the textile industry is facing pollution-related issues for many years.

Former Chief Minister J. Jayalalithaa had announced establishing CETPs at ₹700 core in Tiruppur, Erode, Salem, Namakkal and Karur districts. “But, they (unit owners) feel that three Ministers are here and they can run dyeing and processing units without CETPs,” he said and wanted the industrialists to come forward and handover the required land to the government for establishing the plants.

Minister for School Education, Youth Welfare and Sports Development K.A. Sengottaiyan pointed out that the industry is facing challenges regularly.

Minister for Environment K.C. Karuppannan said that ₹1,000 crore project, to establish seven CETPs in the State has been sent to the ministry and added that the issue of providing interest-free loan of ₹200 crore to the associations for establishing CETPs will be taken up with the Chief Minister.

Kumar Jayant, Principal Secretary to Government, Department of Handlooms, Handicrafts, Textiles and Khadi said that establishing CETPs prevented the closure of industries in Tiruppur earlier and urged processing units to have the facility at the earliest.