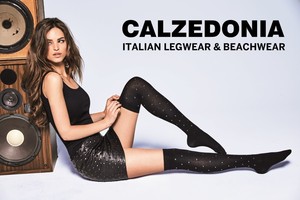 In 2015, Ethiopia launched its five-year Growth and Transformation Plan, which highlights a path to boost the nationâ€™s economy. As part of the strategy the government set the goal of developing 15 industrial parks, setting aside US$ 1 billion in order to meet the target.

Calzedonia was founded in 1987 close to Verona, in Vallese di Oppeano, Italy. It has more than 1,300 stores worldwide in countries, including Italy, Spain, Czech Republic, Greece, Mexico and Russia, and was founded with the aim of creating a new way of selling hosiery and beachwear for women, men and children, through a franchising sales network.

According to report by African Business Chief, Italian hosiery, swimwear and underwear manufacturing retailer Calzedonia has opened its first factory in Africa in Ethiopiaâ€™s Tigray region.

The US$ 15 million ITACA Textile factory is located in the nationâ€™s northern Tigray region, in the capital city of Mekelle. The inauguration ceremony for the opening of the facility was held in the Mekelle Industrial Park. The event was attended by senior government officials, including the State Minister of Trade Industry, Mebrahtu Meles.

The Mekelle clothing factory has already created 1,100 jobs for local residents, producing knitwear, pajamas and leggings for the groupâ€™s Calzedonia, Tezenis and Intimissimi labels, and is part of a humanitarian initiative promoted by the group and Fondazione San Zeno. The company is expected to export around US$ 789,569 worth of clothing to Europe per month.

The nation also recently inaugurated a textile-focused industrial park in Adama, 100km from the capital city, Addis Ababa. Companies such as Zara, H&M, PVH, and Decathlon have already begun renting locations within the park, which is expected to generate US$ 38 million through exports.