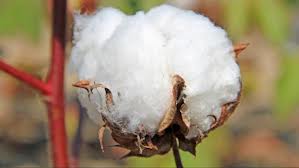 The Cabinet Committee on Legislative Cases (CCLS) on Friday approved import of bio-pesticide â€˜GossyÂ­plureâ€™ to help eradicate the population of pink bollworm that attacks cotton crop.

Punjab government and cotton growers had been urging for the bio-pesticideâ€™s import which was barred due to some legal issues.

The CCLS approved the import of Gossyplure as a generic chemical under Form-16 of the Pakistan Agriculture Pesticide Act, 1971. Consequently, the Ministry of National Food Security and Research (MNFSR) removed its impediment in import.

However a rectification of the federal cabinet is still required for the decision to be implemented.

The economic loss inflicted by pink bollworm is heavier than the impact of any other worm. Depending on the extent of infestation and weather conditions, this pest can cause about 20 to 30 per cent crop loss. It is estimated that the yearly loss from pink bollworm in Pakistan is about one million bales.

In a statement, the MNFSR said the facilitation would help cotton farmers have access to the non-pesticide chemical for pink bollworm management.

Furthermore, allowing a generic name (Form-16) will detach it from the brand and be available in the market on competitive prices, it added.

Earlier, the bio-pesticide was registered on brand name of â€˜BP-Robeâ€™ and â€˜PB-Ropeâ€™, with an average per acre price of the treatment set at around Rs2,500-3,000.