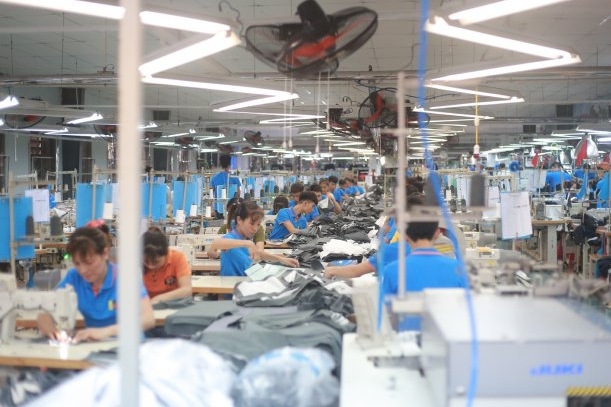 It will create international standard time benchmarks based on precise standard minute values (SMVs), which will serve as the foundation for optimizing operations and increasing efficiency and production throughout its plants.

Thanks to GSDCost’s incorporated fair wage tool, the company will be able to establish closer relationships with its consumers by providing greater transparency around labor costs.

LGG, which was founded in 1972 and is based in the Lang Giang region of Bac Giang Province, Vietnam, produces around 28 million jackets and pants every year.

The corporation employs 6,800 employees and has six plants throughout the region. Uniqlo, Walmart, Gap, Target, and Bosideng are among the company's clients. LGG has already implemented a number of initiatives to increase its value to brands, such as the installation of three-story house systems with central air conditioning, based on European standards, and has strong values around community building, promoting fair wages, and protecting the environment.

LGG needed a standardized solution that would accurately record SMV through effective, standard motion digitized codes to optimize the costing process and significantly improve manufacturing efficiencies, based on complex time measurements based on time studies and historical data found in a myriad of Excel spreadsheets.

LGG CEO Luu Chung, said that the textile and clothing business is becoming increasingly competitive, and they are all under pressure to efficiently reduce costs. However, in order to do so, they must achieve a high level of standardization. By standardizing our SMV calculation and costing methods, GSDCost will undoubtedly assist them in achieving this goal. In parallel, they expect GSDCost to enhance production efficiency by at least 5%, giving them a true competitive advantage.

LGG wants to additionally enhance the information it communicated with customers by exhibiting its fair labour pay policy throughout its facilities, as it seeks to boost its free on board (FOB) production manufacturing, with pricing quotes that include all shipping and delivery expenses.

The GSDCost method analysis and predetermined time solution is widely regarded as the de-facto international standard in the sewn goods sector. It promotes a more collaborative, transparent, and long-term supply chain in which brands and manufacturers use standard motion codes and specified timeframes to build and optimize 'international standard time benchmarks.' While simultaneously delivering on CSR promises, this usage of a single language and standards allows accurate cost projection, fact-based bargaining, and a more efficient garment production process.

The globalized fair wage tool from Coats Digital combines the international standard time for each specific style with precise manufacturing efficiencies, contracted hours, and the country's fair living wage. This allows brands and manufacturers to rapidly agree on a fair living wage allotment for every given garment produced in any facility throughout the world.