In Erode, the textile hub of south India, a sustainable “seed to closet” initiative has been launched by the women’s wear brand named Oshadi. This brand was launched in 2016, by a 26-year-old entrepreneur, Nishanth Chopra who grew up in Erode.

The main force behind the launch of this brand was the treatment of the apparel industry towards its artisans and the environment. To revalue and re-exam the entire value of the apparel industry Nishanth worked with a cooperative of handloom weavers. There he found that less than half of the amount paid for the fabric is given to the weavers. In order to pay the weavers a fair wage for their hard work, he started to work with the weavers directly. He invested in the looms of the exceptional artisans and supported them financially. After this as a part of the next step, he asked the dyers to switch to natural dyes. In order to buy back the dyed yarns at a premium price, he sourced the natural dyes himself and then gave them to the dyers.

At Kaanchi Kovil, there is a farm of Nishanth’s partner which grows cotton which is then woven in Erode. In order to enrich the soil, castor is planted at the borders; and green grams and urad dal are planted between cotton plants. Sivashankar, the farm director said that usually, castor leaves are attacked by the pest first, hence they use it as their pest warning system and use organic pesticides to get rid of them.

To switch to organic methods, Oshadi is giving training to the farmers; Tamil Selvi, one among them said that to keep off the mealy-bugs and other pests, the 3G formula of ginger, garlic and green chili extracts are very effective. Even the inter-cropping using spicy or bitter crops like erukku (crown flower in English), neem or adhatoda put off the livestock from grazing the cotton crop of the field.

Just like Oshadi, in 2014 an entrepreneur Ananthoo also got inspired to set up Tula- an organic cotton clothing brand. He was into the organic food business across South India but the increasing rate of suicide among the cotton farmers influenced him to set up a clothing brand. Tula also supports the farmers to adopt organic cotton cultivation practices. Ananthoo said that Organic farming also helps them to adapt to the changing climatic conditions i.e. surviving both droughts and unseasonal rains. He also said that they have created nearly 100 livelihoods in their sustainable value chain i.e. from seeds to fabric. 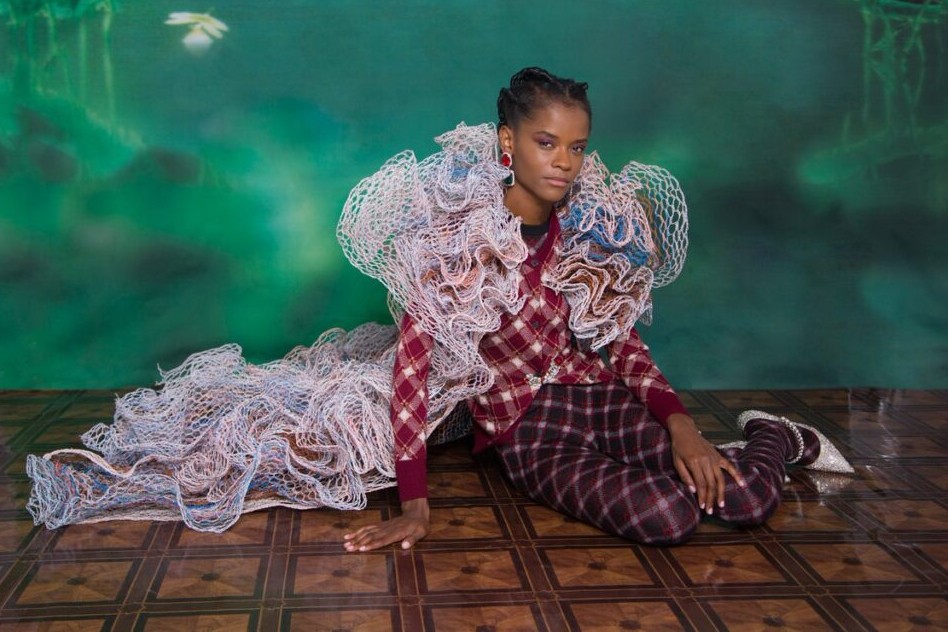 March 1, 2021
Discarded Electrical Wires Are Transformed Into Exquisite Dresses
Innovative use for discarded electrical wires is founded by Alexandra Sipa, a UK-based Romanian fashion designer to