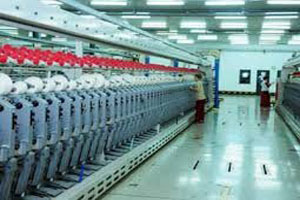 Uzbekistan will have 13 new textile enterprises working in Autumn 2018

Uzbekistan will have thirteen new cotton-textile production enterprises start working in autumn 2018. At the new production facilities, the procurement process will be organized in such a way that contracts will be concluded directly with dehkan farms and landowners.

Until now the mechanism for purchasing raw materials from the â€œfirst-handâ€ was not available.

According to the Uzbek Ministry of Finance, the price for raw cotton will be established on a contractual basis grounded on the costs of the producer, but they cannot be lower than the state wholesale price.

These enterprises will promote efficient and rational use of land, water and other resources, increase in yields and timely harvesting of raw cotton, and also ensure its further in-depth processing and production of products with high added value.

New companies will receive a number of benefits and preferences. Among them are preferential crediting, exemption from payment of customs payments until January 1, 2020, exemption from payment of profit tax and property tax, single tax payment for microfirms and small businesses, payment of mandatory contributions to the Republican Road Fund, deferment of customs payments during the import operation.

The decision on measures to introduce modern forms of organization of cotton and textile production was signed by the cabinet in January this year. The document defines the areas where new cotton and textile industries will be opened. In total, 140,900 hectares of land are allocated for this project.

One of the policy priorities of Uzbekistan is development of its textile industry. Uzbekistan takes consistent steps to increase the volume of cotton fiber processing.

In the period 2010-2014, the textile industry of Uzbekistan received and spent foreign investments worth $785 million while 147 new textile enterprises with participation of investors from Germany, Switzerland, Japan, South Korea, the U.S., Turkey and other countries were commissioned. Export potential of these enterprises amounted to $670 millions.

Currently, Uzbekistan is the worldâ€™s sixth-largest cotton producer among 90 cotton-growing countries. It produces about 1.1 million tons of cotton fiber annually, which accounts for about 6 percent of global cotton production. The country exports cotton mainly to China, Bangladesh, Korea and Russia.