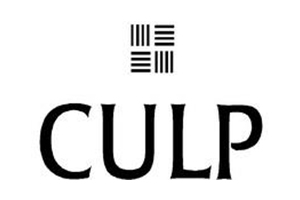 TRAID talks about growing cotton without pesticides in Ethiopia

Leigh McAlea, Head of Communications, from the UK charity, TRAID talks about growing cotton without pesticides in Ethiopia, which has also revived the local bee population and had a positive knock-on-effect for the farmers.

On 30 April I attended one of the North London Sustainability Network events, which was focused on sustainable and ethical fashion. There was an impressive line-up of environmental champions, that included speakers â€“ Sian Conway from Ethical Hour; Jennifer Holloway, CEO, Fashion Enter; Leigh McAlea, Head of Communications, from the UK charity, TRAID (Textile Recycling for Aid and International Development) and many more voices.

It was McAleaâ€™s talk about one of TRAIDâ€™s successful projects in Ethiopia, supporting the farmers here to grow sustainable and certified organic cotton, that struck a chord and got me thinking. TRAIDâ€™s work here has been a great success, not just for the local community, but for the environment. Where, in 2018, 200 of the 2,800 farmers TRAID has supported over the past four years were certified organic, the first ever in Ethiopia. While the remaining 2,600 are well on their way to becoming officially organic.

TRAIDâ€™s work as an organization is to stop clothes from being thrown away; and turning clothes waste into funds and resources to reduce the environmental and social impacts of our clothes. It has a circular and sustainable approach to the problems of clothes waste tackling disposal, production and consumption. Therefore, the impact of TRAIDâ€™s Ethiopia initiative has been huge. In the last four years since this project was funded, the average net income of these farmers has been a substantial 40 percent higher than that of neighbouring farmers producing conventional cotton.

By working closely with the Ethiopian Bureau of Agriculture, the team behind this initiative has integrated the projectâ€™s research and learning at government level to ensure that organic agriculture is included in future agriculture policies to support farmers to grow crops and increase their yields without using toxic pesticides and fertilizers.

Revealingly, the reduced use of pesticides has also brought massive health and environmental benefits for the wider community of approximately 360,000 people, especially women and children who are particularly vulnerable to the health impacts of pesticides. McAlea also mentioned that by growing cotton without pesticides has revived the local bee population, where many farmers were now keeping hives and producing honey as another income stream.

This positive environmental story made me reflect on Indiaâ€™s cotton farmers; as India is the largest cotton producer, accounting for 56 percent of the worldâ€™s organic cotton. Yet, ironically only one percent of Indiaâ€™s cotton is organic! Many of the farmers here, use pesticides, which are extremely toxic to people and the environment and many are banned in Western countries. Moreover, Indian cotton workers often work barefoot and without masks, leading to serious health problems. Intense chemical use also results in a deterioration in soil quality and contamination of groundwater, which is the main source of drinking water for most rural populations in developing countries.

In 2012, genetically modified (GM) cotton accounted for 81 percent of global planting. The high cost of GM seeds, fertilizers and insecticides is putting terrible pressure on farmers who are earning very low wages. Farmers are planting more GM cotton in the hope of increasing yields and incomes, but the sad reality is they are tied into buying expensive seeds and pesticides each year from multinational companies amid concerns that yields actually decline after initial gains. Currently 95% of Indiaâ€™s cotton seed supply is GM, which makes it very difficult for farmers to find non-GM cotton seeds.

This limits the Indian farmers access to higher-level markets, as Fairtrade and organic certification prohibits the use of GM cotton seeds. But thankfully, there is some hope as in late 2016, Fairtrade Foundation raised funds through TRAID to develop a three-year seed breeding programme for non-GM cotton seeds.

Monsanto has been trying for years to push through a patent case in India regarding GM cotton seeds. Prime Minister Narendra Modiâ€™s government has decided to reduce royalties paid by Indian seed companies to Monsanto for its GM cotton by 49 percent to 20 Rupees (thatâ€™s less than 2 Cents; peanuts!) for a packet of 450 grams. Before it was 39 Rupees (almost 6 Cents). However, growing organic cotton in India is not without certain unique, deep-rooted challenges, which prevents it from being widely adopted. These range from the lack of availability of seeds; access to markets; erratic weather patterns that can lead to water shortages and power cuts.

Though, safe and environmentally friendly inputs, such as bio-fertilizers and bio-pesticides, along with practices like crop rotation, make organic cotton farming a far more sustainable option both for farmers as well as the ecosystem; and organic cotton cultivation in India holds several promises, like we can see in Ethiopia.