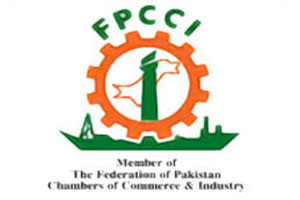 Research report on textiles by FPCCI on direction of the PM

Bangladesh set an aim to attain textile exports of $60 billion, India set its target to increase exports to $30 billion, while Pakistanâ€™s total exports have decreased from $25 billion to $20 billion, in which the textile sectorâ€™s share is 61 per cent.

The report evaluated that the Chinaâ€™s export of textile products share is 36 per cent, Vietnam contributes 12.4 per cent, similarly Pakistanâ€™s share is 7 per cent, therefore a trilateral products specific agreement between China, Pakistan and Vietnam will acquire 50 per cent share of the Global Textile market.

The report also discovers various problems being faced by the textile sector including the high cost of doing business with approximately 11 per cent additional multiple taxes and surcharges. Low production of cotton bales, limited implementation of government announced support in STPF and the textile package, lack of facilitation and provision of raw materials to the textile sector.

The report consists of issues of the export-oriented sectors including the textile sector which has the largest share in Pakistanâ€™s exports. The report in textile sector focuses on the area of worry that is Pakistanâ€™s competitors have set targets for textile exports while Pakistan far behind them.

The Research and Development (R&D) department of the Federation of Pakistan Chambers of Commerce and Industry (FPCCI) has prepared a complete document on the issues of Pakistanâ€™s exports.

The study was conducted with the consultation of Export Advisory Committee of FPCCI which was formed in compliance with Prime Ministerâ€™s directives to submit proposals for enhancing exports from Pakistan.

Export Advisory Committee of FPCCI was formed in compliance with Prime Ministerâ€™s directives to submit proposals for enhancing exports from Pakistan and the study was conducted with their consultation.