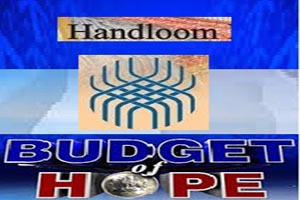 Higher insurance cover for handloom weavers in the works

The ministry of textiles plans to increase the insurance cover for handloom weavers, a sector that is on the government radar for occupation creation, more than three-fold in some cases. The Mahatma Gandhi Bunkar Bima Yojana provides insurance to handloom weavers in the case of natural and accidental death and total and partial disability.

The ministry has proposed increasing the cover for accidental death from Rs 1.5 lakh to Rs 4 lakh. In case of natural death, benefit may be raised to Rs 2 lakh from Rs 60,000 now.

â€œThe ministry is working to increase the insurance cover for weavers in the handloom sectorâ€¦it will encourage more weavers to get covered in the insurance net,â€ said an official from the textile ministry.

The textile sector is the countryâ€™s second-largest employer.

â€œIt is a good move to increase protection for weavers as this is the only scheme in which the benefits directly get accrued to them,â€ said textile expert DK Nair