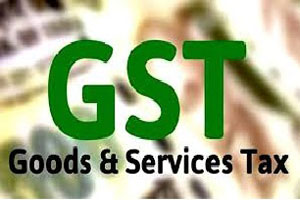 Yarn dealers have stopped fresh deliveries of goods to power loom weavers because they are yet to settle outstanding payment. Most of the yarn dealers and fabrics traders have set payment terms where those paying within seven days of goods delivery are given one per cent discount on the total bill amount, whereas there are interest penalties of up to 18 per cent on late payments

Yarn dealer Rajesh Surana said that, â€œThe new taxation system has definitely impacted the textile business, but it has helped us to introduce new payment norms as well. However, the trade is going to face major difficulties when the national e-way bill is implemented from April 1.â€ â€œPre-GST, we would give payment credits for 30 and 60 days. We would not dare ask for payment from weavers, even if they fail to pay on the promised date. Post-GST, weavers pay us cheque against yarn delivery. For those paying in cash, we pay one per cent discount on total bill. For those not paying on time, we impose 18 per cent interest on late payments.â€ as quoted by Surana

â€œOnly two things work post-GST. Either the trader pays in cash or cheque. There is no space for credit in business now. The payment issues have been resolved, but most of our demands related to GST with the government are still pending.â€ Pandesara Weavers Cooperative Society Limited president Ashish Gujarati said

â€œThe launch of national e-way bill is going to impact the industry from April 1 onwards. The GST portal is not working properly and the trade is experiencing difficulties even in filing returns, forget about generating e-way bills. Without e-way bills, you wonâ€™t be able to send your finished fabrics to other states. Also, trade fears return of inspector raj as GST officials will unnecessarily harass transporters and traders.â€ Southern Gujarat Chamber of Commerce and Industryâ€™s (SGCCI) textile committee chairman Devkishan Manghani said

Yarn dealers,Textile traders, and power loom weavers may bitterly regret the fact that their key demands are yet to be settled by the Central Government and the Goods and Service Tax (GST) Council under GST, but majority of them are happy that GST has forced them to introduce a new payment system which is good for a well-nourished business environment