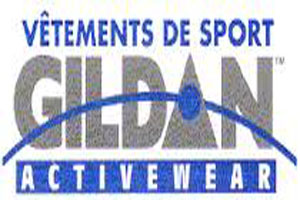 Gildan Activewear Inc., a Canadian sportswear company plans expansion of its Eden distribution hub which would involve an investment of the tune of $23 million. The project includes an investment of $12.7 million in equipment and $10.4 million in building improvements.

Rockingham County commissioners approved $448,720 of incentives for the project, said Jan Critz, director of economic development for the Rockingham County Partnership for Economic and Tourism Development. She said that the city of Eden will consider incentives tonight.

Gildan has expanded its Eden distribution center several times to support the growth of its printwear business, which designs, manufactures, and distributes undecorated activewear products primarily to wholesale distributors in 30 countries across North America, Europe and the Asia-Pacific.

This latest expansion would bring the Eden facility, which currently has more than 900,000 square feet, to 1.2 million square feet.

The company also operates an approximately 380,000-square-foot distribution facility in Mebane that was bought by Gildan as part of its acquisition of sock-maker Gold Toe Moretz in 2011.

Gildan is also contemplating over expanding in Mocksville with a $30 million yarn-spinning plant that will employ 290 people.

Gildan owns and operates vertically-integrated, large-scale manufacturing facilities which are primarily located in Central America and the Caribbean Basin to efficiently service the replenishment needs of its customers in the printwear and retail markets. Gildan has approximately 39,000 employees worldwide and is committed to industry-leading labour and environmental practices in all of its facilities.