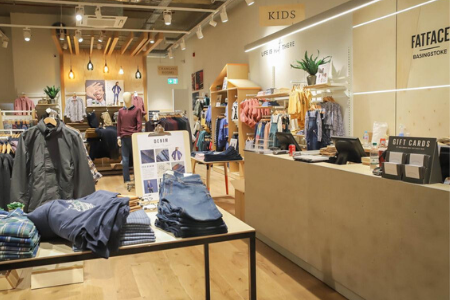 British lifestyle clothing and accessories retailer Fat Face has announced plans to become carbon neutral and use 100 per cent recycled polyester among its sustainability targets for 2025.

The company has committed that, by 2025, all of the polyester it uses will be recycled and 100 per cent of its viscose and linen will come from sustainable sources.

Fat Face also says it will prioritise buying decisions to suppliers who go above and beyond responsible sourcing standards, and publicly disclose their first-tier product supply chain, by 2025.

The company says it already uses 100 per cent sustainable cotton and has reduced its carbon footprint by eight per cent over the last two years. The business has also switched its product bags to recycled plastic, while online delivery bags are now made of recycled paper.

Fat Face has also increased waste recycling by 45 per cent in the last year and says, that by 2025, it will not send any of its waste to landfill.

It also plans to eliminate single-use plastic across the business, and ensure that 100 per cent of the energy powering its head office and UK stores will come from renewable sources in its bid to be carbon neutral by 2025.

In 2009, the Fat Face Foundation was set up to make a positive difference to the lives of people in communities where Fat Face sources, manufactures and sells its products. Since then it has donated over £1 million to local, national and international charities.

By 2025, Fat Face will create a sustainable fundraising stream to donate the equivalent of one per cent of its profits each year to its chosen charities. It will also donate 10,000 volunteer days to local charities and chosen partners.