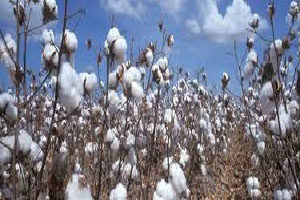 Mr. Manjunath said that currently cotton is cultivated on around 18,000 hectares in the district and the department plans to expand it to around 40,000 hectares this year. Admitting that lack of mechanisation and pests have been discouraging the farmers from cultivating cotton in the district despite conducive atmosphere, Mr. Manjunath said that Tamil Nadu has invented handy machines to pluck cotton.

He said that, â€œDuring the workshop, some machines will also be displayed for the knowledge of the farmers who could use it in their fields for harvesting. He also said that with the production of pest-resistant cotton seeds, they could use these without any fear.

Mr. Bijjargi said that Vijayapura APMC has large market for cotton where over 1 lakh bales worth Rs. 300 crore is purchased annually by the traders.

The Department of Agriculture and the District Merchantsâ€™ Association have joined hands to promote expansion of cotton crop in the district as an alternative crop to toor.

For the same a workshop is being organised at APMC yard on July 17 where over a thousand farmers will take part. Speaking at a joint press conference here on Saturday, Manjunath, Joint Director of Agriculture Department, and Ravindra Bijjargi, president of the association, said that with more area of the district getting covered under irrigation following the implementation of several irrigation projects, the farmers could cultivate cotton using drip irrigation to earn higher project as an alternative to toor.