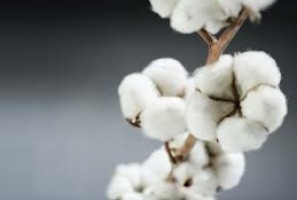 Dastgir aims at having new policies on Cotton imports from India

The federal Commerce Minister, Khurram Dastgir Khan, has affirmed that they will not trade with India at the cost of ginners, industrialists, and farmers. He also added that new trade policies will be outlined with the approval of all the stakeholders.

A delegation of Pakistan Cotton Ginners Association (PCGA) was convened under the chairmanship of Mukhtar Ahmed Khan Baloch in Islamabad, where the minister announced that new trade policies will be outlined with the approval of all the stakeholders.

He added that the funds required for the establishment of cotton ginning research have already been released. He emphasized that textile minister should take reign in his hands and play a significant role in getting these funds cleared. Also, after re-examining cotton and yarns imports from India, they have imposed five percent import duty on it.

Dastgir also claimed in the meeting that in order to supply certified, well-germinated, and heat resistant seeds to the farmers at affordable rates, ground-breaking amendments were being made in Seed Act- 2010.

Referring to Prime Minister Mian Nawaz Sharif quote that cotton growers should not bear the brunt by using uncertified variety of seeds which increases input costs, Dastgit emphasized that PCGA should be vigilant and ensure that no low quality seeds are supplied to the farmers.