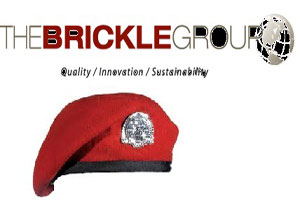 The Brickle Group located in Woonsocket, is the largest manufacturer of wool blankets in America. They also manufacture berets for the military and yarn for official major league baseballs has bagged a $29.3 million contract from the U.S. Defense Department to produce berets for American military personnel, the largest contract the homegrown textile manufacturer has won in years.

A beret is a soft, round, flat-crowned hat, usually of woven, hand-knitted wool, crocheted cotton, wool felt, or acrylic fibre.

Max Brickle, president of the company said that they will need to double the workforce of the beret division, which currently accounts for about 15 percent of Brickleâ€™s total workforce of 130.

They are very excited as has itâ€™s good for the company and all their employees.

In an odd but welcome coincidence, one of the first people outside the Brickle family to learn the news was Congressman David Cicilline (D-R.I.), who has gone to bat for American manufacturers by spearheading an amendment to the Defense Authorization Act called â€“ you guessed it â€“ the Brickle Amendment.

The Brickle Amendment, which was adopted by House of Representatives on May 14, is named for Maxâ€™s father, Sam Brickle, chairman of The Brickle Group. Cicilline credits the elder Brickle with calling to his attention the need to reform defense procurement regulations that favor foreign competition over domestic operations.

Brickle operates the Northwest Woolen Mill, one of only three remaining vertical mills in North America.