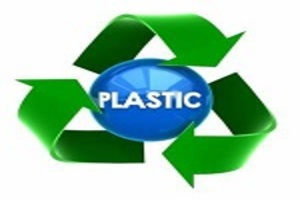 Enzymes - 'Furans are mainly produced with enzymes. But for the polymerization, the same processes are used as have been used for PET production for the last 70 years', says Prof. Katja Loos. Toxic metal-based catalysts and high temperatures that are needed for this process mean that it is not very environmentally friendly.

That is why Prof. Katja Loos and her colleagues looked for an alternative polymerization method, one that uses enzymes. 'We eventually found a commercially available enzyme that would do this', says Loos. The polymers are made by combining furans with linear monomers, either aliphatic diols or diacidic ethyl esters. The enzyme Candida antarctica lipase B (CALB) is a lipase that breaks down ester bonds, but the polymerization requires the creation of these bonds. This may seem counter-intuitive, but it is not, explains Loos: 'Enzymes catalyze equilibrium reactions, and we simply pushed the equilibrium towards the formation of ester bonds.'

Surprising - In their paper, the scientists describe how CALB and a number of furans and linear monomers are used to form different copolyesters. They succeeded in increasing the content of aromatic units in the polyester to a point that exceeds the properties of PET. The enzymatic polymerization, therefore, appears to be a viable alternative to the current catalytic polymerization. 'In our experiments, we used ether as a solvent, which you don't want in a factory setting. But as the melting point of furans is quite low, we are confident that enzymatic polymerization will work in liquid monomers as well', says Loos.

As the CALB enzyme is commercially available, it is surprising that no one had used it before to avoid the process of toxic catalysts and high temperatures. The only explanation that Loos can offer is that most polyester production lines are geared to using these classical reactions, rather than the enzymatic alternative. And changing a production line is expensive. 'However, our enzymatic polymerization process would be ideal for new companies working on green alternatives to PET.'

One of the most successful plastics is polyethylene terephthalate (PET), the material we use to make bottles and fibers for clothing. However, PET is made from petroleum-based building blocks. An alternative to PET can be made from bio-based furan molecules, but to polymerize these furans you need toxic catalysts and high temperatures. Now, polymer chemists have described an enzyme-based polymerization method.

One of the most successful plastics is polyethylene terephthalate (PET), the material we use to make bottles and fibers for clothing. However, PET is made from petroleum-based building blocks. An alternative to PET can be made from bio-based furan molecules, but to polymerize these furans you need toxic catalysts and high temperatures. Now, polymer chemists from the University of Groningen, led by Prof. Katja Loos, have described an enzyme-based polymerization method. Their results were published in the journal ChemSusChem on 29 January.

PET is used to make fizzy drink bottles because it has excellent barrier properties, which keeps the fizz inside. 'But furan-based polymers are a good alternative', says Katja Loos. Furans, which are characterized by an aromatic ring with four carbon atoms and one oxygen atom, can be made from biomass-derived sugars, and polymerized into polyethylene 2,5-furandicarboxylate (PEF). Other copolyesters can be created from furans as well, resulting in plastics with different properties.