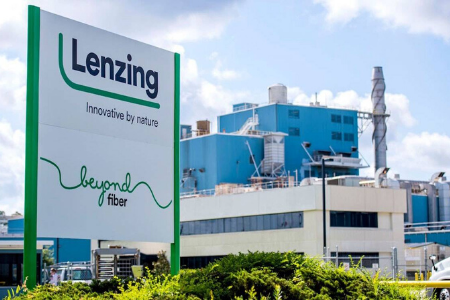 World’s largest wood pulp plant to be built by Lenzing

Wood-based fibre manufacturer Lenzing has announced that it is to go forward with US$1.3 billion plans to build the world's largest dissolving wood pulp plant in Brazil.

The company, one of the world's leading suppliers of cellulosic fibres, will build the plant in the state of Minas Gerais, near Sao Paulo, in a joint venture with Duratex, the southern hemisphere's largest producer of industrialised wood panels.

The plant will produce up to 500,000 tonnes of wood pulp a year - all of it to Lenzing - and be supplied exclusively by FSC-certified forests, covering an area of more than 44,000 hectares, owned by Duratex.

Lenzing says the plantations will meet the "guidelines and high standards of the Lenzing Group for sourcing wood and pulp". And the facility will aim to be among the most energy-efficient in the world, feeding an estimated 40 per cent of excess bioelectricity generated on site as “green energy” into the public grid.

Preparation work has already begun on the site where trees have been cleared and land levelled for the plant which is due to become operational in the first half of 2022. Lenzing holds a 51 per cent stake, to Duratex's 49 per cent, in the joint venture which has been financed through long-term borrowing.

The plans were first announced back in June but Lenzing has now confirmed that it is going ahead with the project to increase production, secure supplies and reduce costs.

Stefan Doboczky, CEO of the Lenzing Group, said the single-line dissolving wood pulp plant would be the largest and most competitive production facility of its kind.

“Wood-based cellulosic fibers offer an important contribution to enhance sustainability in the textile industry," he said. "In line with its corporate strategy sCore TEN, Lenzing is committed to drive organic growth in this market.

"With this investment, we will become more competitive, act more independently and subsequently strengthen our market position. The trust and support of the main shareholders of Lenzing and Duratex were of great importance for this key project."

Lenzing is also building the world's largest lyocell production plant in Prachinburi province, Thailand, which is due to be completed in the third quarter of 2021, with production expected to start later that year.

The company this week received recognition in Canopy's 2019 Hot Button rankings of the work of global viscose producers to protect ancient and endangered forests when it received the first ever 'dark green shirt', along with rival Birla Cellulose.