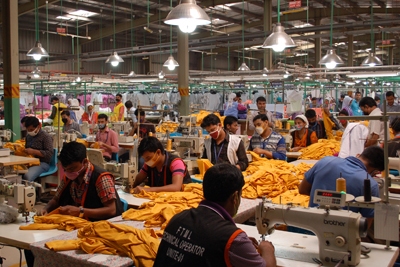 Since the International Accord for Health and Safety in the Textile and Garment Industry took effect in September, 155 garment businesses have joined the new binding pact, which builds on the paradigm for worker safety pioneered by the Bangladesh Accord.

A number of major US stores are noticeably absent, including some that made apparel at the That's It Sportswear plant on the outskirts of Dhaka, where 29 workers were killed in a horrific fire 11 years ago. Target, Kohl's, JC Penney, Carter's, and Abercrombie & Fitch are just a few examples.

On December 14th, 2010, a fire broke out on the factory's 9th and 10th floors, which is owned by Ha-Meem Group, one of Bangladesh's leading apparel manufacturers. Because the building lacked secured exit stairwells, workers were trapped on the 11th floor, in flagrant violation of Bangladesh's construction safety standards. Many of the workers died trying to rappel down the building's outside, in a scenario eerily reminiscent of the Triangle Shirtwaist factory fire in Manhattan in 1911.

Despite appeals in the aftermath of the accident for brands to assist fix the country's 3,000 garment factories' widespread safety problems, many US corporations rejected the development of a new safety pact. Walmart, for example, said in 2011 that paying better pricing to suppliers to help pay for safety modifications such as suitable fire exits was "not financially possible."

Surprisingly, after the 2013 Rana Plaza building disaster, most of the brands that produced at That's Its Sportswear, including Kohl's, Target, JC Penney, and Carter's, declined to sign a formal agreement between unions and brands to improve worker safety in Bangladesh. Abercrombie & Fitch signed the deal, but when it was renewed in 2018, they declined to extend it. None of these companies have yet to sign the new International Safety Accord.

Scott Nova, Executive Director of the Worker Rights Consortium, said that the Accord's safety upgrades have made conditions safer for more than two million workers in 1,600 workplaces. Additional retailer participation, such as Target, Gap, and Kohl's, would expand this life-saving program to thousands more Bangladeshi employees and help secure its expansion to other nations.