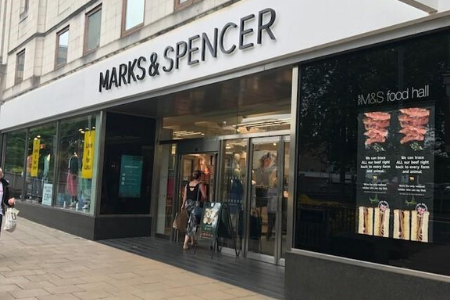 Retail giant Marks & Spencer (M&S) has extended its digital map revealing the suppliers in its global supply chain to include information about where it sources its man-made cellulosic fibres.

The online map lists both raw material suppliers and factories, providing information on factory location, gender balance among workforces, and whether each factory enables staff to sit on committees or to join third-party unions.

It provides addresses, information around what materials are involved, and the capacity volume of each location. It reveals that M&S sources its viscose from 23 suppliers globally, most of which are in Asia.

The resource tells users: "Viscose is our third biggest raw material in our Clothing & Home business, and we are working with our partners to ensure protection of the world’s remaining ancient and endangered forests and endangered species habitat.

"We also support the use of alternative fibres that have a reduced environmental footprint, such as using recycled textiles and agricultural waste as a feedstock."

The new map has been integrated with M&S’s dashboard of existing supply chain maps for ease of use by customers, investors, staff and other stakeholders.

The retailer launched the first of its digital mapping tools in 2016 by revealing the location of its beef and dairy farmers, as well as the methods of farming they use. The project has since been expanded to cover M&S’ wool and seafood supply chains.

Viscose has become increasingly popular as manufacturers, brands and consumers seek more natural alternatives to plastic based fibres, such as polyester, but it has also been linked to environmental damage.

Research by the Changing Markets Foundation this year concluded that several large Chinese viscose producers were dumping toxic wastewater into waterways and fisheries or allowing it to seep into nearby agricultural land.

Retailers are increasingly signing up to the Changing Markets Foundation's viscose roadmap which binds companies to permanently excluding 'dirty' viscose production methods from their supply chains by 2023-25.

As well as M&S, signatories include Zara owners Inditex, ASOS, H&M, Tesco, Esprit, C&A, Next, New Look and Morrisons. The Changing Markets Foundation has accused other companies, including Dolce & Gabbana, Prada, Dior, Walmart, Matalan and Boohoo, of failing to act promptly on the concerns.