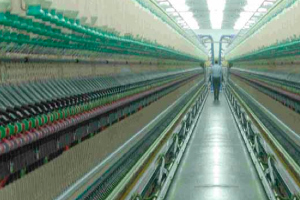 The Uttarakhand government is planning to set up a series of textile parks in the Kumaon region by offering attractive incentives, which includes a rebate on the land price, besides capital subsidies.

Under mega textile policy, three textile parks in Kashipur, Jaspur and Sitarganj are being set up where a host of incentives will be available to attract new investments.

The company setting up a new unit will be given a 50 per cent rebate on the land price, a government official said. The new project having investment above Rs 75 crore will be termed as a mega textile park project under the poly guidelines.

An interest subsidy of 7 per cent is also being offered by the government while cent percent VAT concession will be given on purchase of raw material and on sale of finish goods for seven years from the start of the production. Further, there will be 100 per cent stamp duty rebate on the purchase of land.

For the allotment of industrial plots the government has made the State Infrastructure and Industrial Development Corporation of Uttarakhand (SIDCUL) the nodal agency under the single window system.