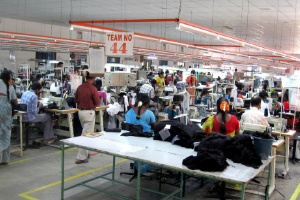 Union Textile Minister Santosh Kumar Gangwar has assured Arunachal Pradesh of funds for establishment of a textile park in the state.

It said that the state government would be informed as and when the proposal would be cleared by the ministry, Gangwar advised government (of Arunachal Pradesh) to submit a detailed project report (DPR) at the earliest.

During the meeting Dolo, who also holds the Textile and Handicrafts portfolio, expressed willingness to establish weaver service centre in Itanagar so that poor weavers of Arunachal, are benefited, the release said.

Currently, the Weaver Service Centre at Guwahati has been providing services to the state. Manipur and Nagaland too have such centres.

He said that he would be visiting the state next month to inaugurate the garment manufacturing unit at Pasighat in East Siang district and during the visit, he would announce some developmental packages for the state in the textile and handloom sectors.