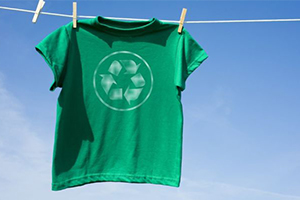 Ukraine plans to attract up to US$ 300 million of investments in the development of the domestic technical textiles and nonwovens industry in the next several years, according to the Ukrainian Cabinet of Ministers.

This is seen as a response to the recent plans of the Russian government to make heavy investments in the development of technical textiles, mainly to be supplied for the ever-growing needs of the Russian defence sector.

According to Vladimir Groysman, Ukraineâ€™s Prime-Minister, the majority of funds for the implementation of these plans will be provided by private domestic and foreign investors, while the remaining will be allocated from the state sources.

The news has been confirmed by the Ukrainian Presidential Administration. The Ukrainian authorities are counting on support from the US businesses, which in recent years have significantly increased the volume of investments in different sectors of the Ukrainian economy, including technical textiles.

Several days ago, the Ukrainian government delegation concluded its visit to the US, where it discussed the funding opportunities.

In addition, the national government and a former Ukraineâ€™s President Petr Poroshenko have recently started developing a special agreement with the US in the area of technical textiles. It is expected that Ukraineâ€™s newly elected President Vladimir Zelensky will continue this work. Such an agreement would help the US business to better protect its investments and interests within Ukraine.

The Ukrainian government also completed a roadmap aimed at making the Ukrainian technical textiles and nonwovens industry more attractive to investors. The implementation of this strategy will be evaluated by the US government and the countryâ€™s business sector already by the end of the first quarter of this year.

According to the Ukrainian Ministry of Industry and Infrastructure, a state agency responsible for attracting investments in Ukrainian technical textiles industry, the majority of allocated funds will be used for the establishment of production facilities, specialising in the production of technical textiles and end-products, to be located in different parts of the country.

Most of these facilities are initially expected to be established in central part of the country, as well as in Western Ukraine, a region not traditionally well-known for textiles production.

Historically, most of the Ukrainian technical textiles and chemical production has been concentrated in the eastern part of the country, and in particular, the Donbass region. However, due to the current control of the area by pro-Russian rebels, the majority of the existing production facilities were lost.

According to the government, from 2019-2021, up to US$ 300 million will be invested in the establishment of at least five-six large and medium size enterprises. To support the investments strategy, the Ukrainian government also announced its intention to provide investors with significant stakes in the newly established enterprises.

November 19, 2020
Animal-free leather alternative raises US$45 million to scale production
MycoWorks, a US start-up has successfully raised over US$45 million in a Series B round of funding

November 19, 2020
Workers in Bangladesh protest over months of unpaid wages
Over 700 former garment workers have staged a sit-in demonstration for the second day in Bangladesh’s capital, Dhaka

November 18, 2020
IBM and KAYA&KATO work towards implementing blockchain systems
IBM has announced its partnership with a German clothing company KAYA&KATO that aims to develop a blockchain network

Our support team is here to answer your questions via WhatsApp. Ask us anything!
👋 Hello
Hello, how can we help you?