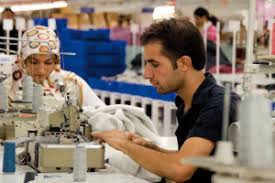 A CEO whose company exports to seven other countries, and has almost 150 stores in Turkey, expressed that, â€œWe had been informed that we would need a lot of extra documents for imports from China, so we demanded this meeting.â€ He added that, â€œThe ministry didnâ€™t ask us to stop producing in China. It was a fruitful meeting. We asked them to postpone the plan until at least January 2019, which the ministry will evaluate.â€

The official said that, â€œWe expressed support for production imports from China, but on the condition of bringing value added to Turkey,â€ Turkeyâ€™s textile sector is a pillar of its economy. Ready-to-wear clothing accounted for about 18 percent of Turkeyâ€™s $157 billion exports last year.

CÃ¼neyt Yavuz, chief executive officer of jeans retailer Mavi, said he believed the government plan was aimed partly at tackling Turkeyâ€™s widening current account deficit, which reached $47.1 billion last year. â€œThe ministry had a plan to increase the documentation of textile imports from China,â€ Yavuz told and added that, â€œThis plan was only regarding the textile sector... and it would go into effect in mid-July.â€

He said business leaders at the meeting told the ministry that material imported from China was sold on to other countries such as Russia and the United States, benefiting Turkey. Turkey imported a quarter of its $10.1 billion textile imports from China in 2017, more than half of which are cotton fabrics and intermediary goods.

Yavuz said that, â€œI was told that there would be either a postponing or at least a revision in the ministryâ€™s plansâ€ which were originally intended to go into effect in mid-July, Another senior textile sector executive who attended the June 11 meeting said the new measures included obtaining documents about the Chinese companies they are buying from, which will add costs and cause delays in trade. He added that, â€œThe ministry undersecretary told us that there is a huge trade deficit with China, where our imports are about 10 times the size of exports.â€ â€œThey want some balance. But they understood our concerns and promised to take another look at the proposed measures.â€