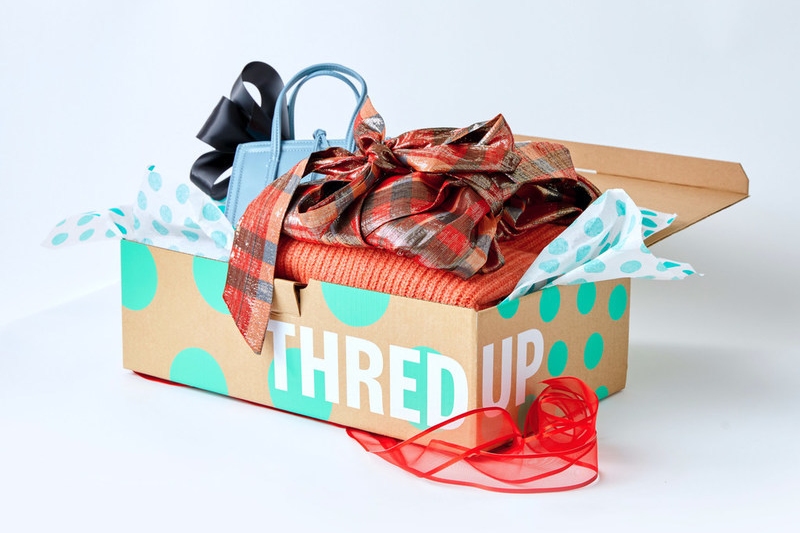 A new report published by the online resale platform, ThredUp suggests that three-fifths of consumers (62%) say secondhand fashion gifting is more socially acceptable than it was five years ago.

Due to supply chain difficulties and rising inflation costs, over half of Americans (49%) are considering second-hand Christmas gifts, according to the 'Thrift for the Holidays' report, which was based on a survey of 2,000 US people over the age of 18. While two-thirds of consumers (66%) are now willing to accept a second-hand gift themselves.

The main reasons why the respondents said they are more open to gifting second-hand this year were Looking for better deals, Wanting to shop more sustainably, and Wanting to give a gift that’s unique.

Concerns about shipment delays and supply chain issues, as well as price rises owing to inflation, are prompting consumers to shop at shops with guaranteed stock, such as resale platforms, according to the survey.

Furthermore, more than half of those who responded to the survey (52%) were afraid that popular items would be more expensive this year, and 53% planned to adapt their Christmas shopping to account for shipment delays.

The survey found that 72% of Gen Z shoppers are receptive to getting a second-hand present and 64% want to purchase more responsibly, indicating that they are leading the push on second-hand gifting.

Erin Wallace, vice president of integrated marketing at ThredUp, said that it's fascinating and heartening to see how many people are now receptive to gifting thrift. Consumers are becoming tired of the holiday season's waste and are increasingly seeking more sustainable solutions that line with their values, according to what they've heard. This is especially true with Generation Z. Consumers who choose secondhand for the holidays reduce waste for both their wallets and the environment.

According to the survey, Christmas is a wasteful time of year in terms of fashion and clothes. In fact, one-third of respondents indicated they do not plan to re-wear their ensembles once the season is through, while more than half of Gen Z said they plan to buy a holiday item to wear three times or less.

These are the top ten second-hand gifts for 2021, according to ThredUp data: These are the goods and brands that are selling the quickest on its site like Converse trainers, Lululemon track jackets, Torrid jeans, Ugg boots, Reformation dresses, Patagonia fleeces, Vince sweaters, Frye boots, Coach wristlets, and Kate Spade crossbody bags.