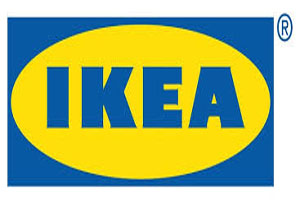 Swedish furniture retailer IKEA has some plans for Mumbai

And as it expands to more Indian cities, IKEA might make and exact copy itâ€™s strategy of having smaller stores. In all, the company has outlined a plan to set up to 25 outlets across India over the next decade. But the Swedish furniture retailer has some unusual plans for the 20 million residents of Mumbai and its neighbourhood. IKEA will launch itâ€™s small stores in cityâ€™s outskirts and an e-commerce service for what it believes is one of itâ€™s most important markets in the country. A company spokesperson commented that,â€Together, these will make IKEAâ€™s Mumbai outing its â€œfirst multi-channel, multi-format destination for India.â€

IKEA also plans to launch small format stores typically sized between 1,500 and 2,000 square feet in Mumbai to give shoppers a look and feel of the larger store. Such stores will be digitally connected, offering shoppers an option to place online orders. The company is yet to announce the location of such an outlet.

Aditya Sachdeva, director for retail at real estate consulting firm Knight Frank India quoted that, â€Itâ€™s an approach that analysts agree with. â€œMumbai is a large city with a big access problem.â€ He also added that, â€œThey cannot serve certain suburbs of Mumbai with just a Navi Mumbai store. Thereâ€™s traffic and the distances are too long.â€

Mumbai is Indiaâ€™s largest city and among the worldâ€™s most populated. It is also the worldâ€™s second-most densely populated urban centre with a burgeoning middle class which makes housing and space a big challenge. The retail giant began constructing its 4,30,000 square feet store in Turbhe, Navi Mumbai, in May 2017. This IKEA store will serve residents of eight different municipal corporations under the Mumbai metropolitan region, including Thane, Kalyan-Dombivili, and, Navi Mumbai, besides Mumbai itself.

Patrik Antoni, IKEAâ€™s deputy country manager in India said that,â€œThat (Mumbai) will be a super exciting market for IKEA because we have never entered a market like that before.â€ He also quoted that, â€œ(Mumbai) has a dense population. Therefore the need for a different solution is (present) there.â€

â€œThere is no land available, you cannot build stores around the city, unlike Delhi, where you can open stores on the outskirts and people can access it,â€ Antoni added, explaining the need to launch multiple-retail formats in the city. Antoni said that, Locations apart, Mumbaiâ€™s IKEA stores will also be curated for local needs. The cityâ€™s small apartments where residents make the most of cramped spacesâ€”for instance, a single room often doubles up for multiple purposes like sleeping, dining, and even dressingâ€”will serve as an inspiration for the store layout.

IKEA will arrive in Mumbai, sometime in 2019, after it opens in Hyderabad this month.