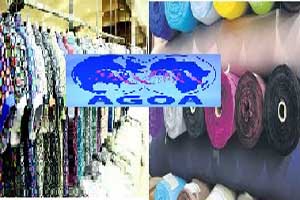 SMART sets forth a victorious trade outcome with EAC

SMART representatives agree with President Trumpâ€™s decision to suspend these benefits, instead of termination of Rwandaâ€™s status as an AGOA beneficiary, agreeing this would allow for continued engagement with the aim of restoring market access and by that means bringing Rwanda into compliance with the AGOA eligibility requirements

The U.S. government announced today the intent to suspend duty-free treatment for all AGOA-eligible apparel products from Rwanda in 60 days. SMART Executive Director, Jackie King â€œIt is our hope that Rwanda will reconsider their position on banning secondhand clothing imports as it will impose unnecessary economic harm to its people,â€.He also quoted that, â€œWe would also like to express our appreciation to the Office of the U.S. Trade Representative and other U.S. officials who worked diligently to ensure the best possible outcome for our industry and the members of the EAC.We are truly grateful to learn our trade relationship with Kenya, Tanzania, Uganda and Burundi will be maintained, which could not have been successful without the U.S. governmentâ€™s supportâ€

For the people of the EAC, many rely on secondhand clothing and shoes imports as their only affordable access to quality apparel

It means international imports to the EAC will continue, with more than 190,000 jobs within the United States alone being preserved, as the total exports to the EAC represents roughly 22 percent of the U.S. industryâ€™s total exports for the secondhand textiles industry. These EAC members have announced they will focus on other measures to develop their textile and apparel industry. EAC heads of state were initially concerned U.S. secondhand textiles would disrupt their countrieâ€™s own textile industries

SMART, a trade association, acts on behalf of its numerous small and medium-sized member companies who use, convert and recycle pre and postconsumer textiles, including used clothing

In March 2017, SMART filed a petition and delivered testimony during a related hearing asking the U.S. government to conduct an out-of-cycle review of the African Growth and Opportunity Act (AGOA) beneficiary status of Kenya, Tanzania, Rwanda and Uganda and request the suspension of duty free status for all currently eligible apparel imports from these countries

SMART filed the petition in an announcement that those countries would begin phasing in a ban on imports of secondhand clothing and subsequent related import duty increases on these goods. Armed with the information from SMART, U.S. government officials worked hard behind the scenes to convince the EAC countries to back off from the ban, paving the way for the secondhand textiles industry worldwide

The proposed ban sparked international controversy regarding the textile industryâ€™s role in Africa, as no ban or increased duties were slated to occur on imports from China, the regionâ€™s largest source of clothing imports

Representatives of the Secondary Materials and Recycled Textiles Association (SMART) were notified today by the Office of the United States Trade Representative (USTR) that a proposed ban on secondhand clothing imports from the U.S. by members of the East African Community (EAC) will not be carried out by four out of the five countries who originally proposed the ban