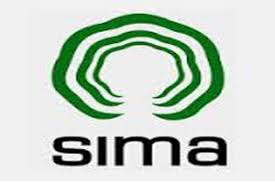 The price volatility often eroded the working capital and profit margins of the industry, restricting the industry growth rate between 6 and 8 per cent againsr the potential growth rate of 12 to 16 per cent.P Nataraj, Chairman, SIMA said that, â€œCotton productivity has stagnated at 500-550 kg per hectare against over 1,500 kg/hec achieved by over 20 countries. Australia for instance, has achieved productivity of 2,200 kg/hec. Further the quality of Indian cotton is much inferior when compared to the imported fibre, affecting both the farmers and the industry,â€ giving importance to the requirement for reintroducing PSF and TMC schemes.

He did not deny that India has emerged as the largest producer of cotton since 2015-16, accounting for 36 per cent of world cotton acreage covering 11.80 million hectares, with close to 2.3 crore farmers involved in cotton cultivation. Though things seemed good, consequent to the removal of cotton from Essential Commodities Act from February 2007, few cotton traders started dominating the cotton economy by covering large volumes during peak season.

Cotton PSF scheme consisting of 5 to 7 per cent interest subvention, 10 per cent margin money and nine months credit limit would enable the spinning mills and the Cotton Corporation of India to compete with multinational cotton traders and cover cotton during peak season, Nataraj said and added that this would enable farmers fetch better price, avoid MSP operations, prevent cotton hoarding and speculation. PSF would also bring more GST revenue and boost exports, the SIMA chief added. He pointed out that consequent to the roll out of TMC (between 1999 and 2002) and introduction of Bt cotton, India emerged as the largest producer of cotton. Following the governmentâ€™s withdrawal of extension of TMC, farmersâ€™ suffering began with spurious seeds, lack of seed technology and technology transfer, agronomy research, quality deterioration of the fibre at ginning stage and so on. This calls for approval of TMC II proposal, which has already been submitted by the Ministry of Textiles, Nataraj said, urging for constitution of a task force comprising of various stakeholders under Ministry of Agriculture and Textiles.

While hailing the increase in the MSP for cotton, the Southern India Millsâ€™ Association (SIMA) has emphasised the need for Price Stabilisation Fund (PSF) scheme and a Technology Mission on Cotton (TMC) in a revised format to double the income of the cotton farmers and to grow the business of the industry as well.

The textile industry, which is predominantly MSME in nature could not compete with the multinational traders in covering cotton requirement. They thus were forced to shell out 10 to 25 per cent higher cost for home grown cotton during off-season.