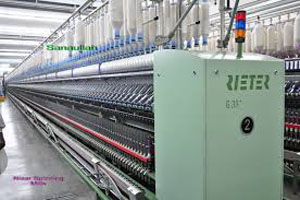 Rieter to strengthen its innovative capabilities and expand product range

Rieter is a producer of textile machinery and leading supplier of systems for short-staple fibre spinning, is setting new priorities in the implementation of its strategy. The company will also take action to optimize the utilization of existing capacity, improve product margins and reduce structural costs.

The priorities for the next three years will be the further strengthen its innovative capabilities and the expansion of its product and service offering, especially in parts and components.

Additional resources for research and development are being budgeted for this purpose.

With ongoing annual growth in fibre consumption of 2-3%, the present currency environment, current raw material prices, and its existing product and service portfolio, Rieter believes it can achieve its profitability target in the medium term with sales of some 1.3 billion CHF.

Narrowing margins of spinning mills due to declining raw material and yarn prices in the third quarter have resulted in a slowdown in market momentum, especially in Turkey, Latin America and Asian countries, except China and India,â€ Rieter informed.

The slightly positive momentum in India was maintained in the third quarter, while the restraint in China continued. The lower overall utilization of spinning mill capacity has also resulted in reduced demand for spare and wear and tear parts.

However, in this more challenging market environment Rieter recorded order intake of slightly over 900 million CHF up to the end of the third quarter.

Rieter expects market demand in the second half of 2014 on lower levels than in the strong first semester.

Based on the current order backlog, of which a substantial share will flow into 2015, Rieter now expects full year sales in 2014 to show at least high single digit growth compared to 2013. Operational profitability (EBIT) in 2014 will be positively impacted by volume growth.