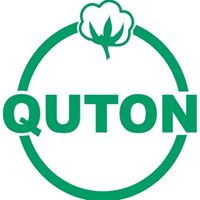 Indiaâ€™s leading agri-biotech company Maharashtra Hybrid Seeds Company, acquired a controlling stake in Quton in 2014 from Seed Co in a transaction worth $10 million and the acquisition gave the Indian firm a platform to introduce hybrid seeds to Africa. The African market is expected to make Quton strong and Mahycoâ€™s positioning in the global cotton market.

Quton managing director Edworks Mhandu spoke at the launch of the new cotton seed hybrids in Harare, he said that his company is releasing the hybrid varieties after conducting successful trials in partnership with the Cotton Research Institute in various parts of the country. He said the results of research had shown that the hybrid seeds, which generally require less water had a yield potential of 20-25 percent higher than non â€“ hybrid seeds. â€œThe new cotton hybrid seed is going to revolutionise the countryâ€™s cotton sector through improved yields and improved livelihoods for farmers. Our vision is not ending with hybrids only, but we want to go further into biotechnology to enhance the competitiveness of Zimbabweâ€™s cotton sector. Itâ€™s now possible for breeders to introduce new varieties in 6 to 7 years instead of 15 years. We are introducing these varieties with the main objective of increasing productivity and enhanced incomes for cotton farmers.â€ â€œOur trials were a huge success and Iâ€™m optimistic that these new varieties will gain acceptance and improve the livelihoods of cotton farmers,â€ said Mr Mhandu. He also added that, â€œThe cotton sector had gone on a downward spiral for several years. The question was, what do we do to increase productivity. These cotton hybrid varieties could help us increase our return per hectare and help our farmers to retain interest in growing cotton. Quton is working flat out to ensure our farmers get some economic benefits from the seed. If farmers are happy with their returns, then we know we are going to get business.â€

Zimbabweâ€™s cotton production has dropped from an estimated 400 000 tonnes annually at its peak a few years ago to 200 000 tonnes now and the decline has been credited to a combination of factors, lack of suitable hybrid varieties, including lower prices for the crop and drought.

Quton also has operations in Tanzania, Malawi and Zambia where cotton hybrid seeds have also been undergoing trials. These countries mainly use open pollinated varieties.

Mahyco is working to introduce these hybrids in seven other African countries. Quton breeders say the new varieties have a potential to transform cotton production through improved viability for farmers, increased cotton hectarage and increased national cotton output. A breeder said that, â€œHybrids will certainly attract farmers back into cotton growing in Zimbabwe because of improved yields per hectare.â€

More than 180 000 small-scale farmers are growing cotton to support their livelihoods but falling world cotton lint prices, rising production costs and low returns have continued to quieten cotton production in Zimbabwe and most other African countries and about 98 percent of the cotton grown in Zimbabwe is exported in its raw form.

A shift to the use of less water tolerant seeds would help offset challenges related to unpredictable rainfall patterns resulting from climate change according to Quton cotton breeders.

The company released its C567, C571 and C608 cotton hybrid varieties, which broadly have large bolls, very high oil and protein content as well as good fibre quality compared to the QM301 open variety. With good agronomic conditions and practices, the C571 and C567 varieties can yield about 5 500kg per hectare while the drought tolerant C608 can yield some 4,000kg per hectare.

The countryâ€™s sole cotton seed producer Quton, in collaboration with the Cotton Research Institute, conducted trials over the last two cropping seasons to develop highly adaptable and high-yielding cotton varieties to enhance the countryâ€™s competitiveness on the world market.

Zimbabweâ€™s major cotton seed producer Quton, has released new cotton hybrid seed with a higher yield potential compared to current non hybrid varieties, in a move that is set to revive the countryâ€™s cotton sector that has been on the decline for years.

Quton is already training thousands of farmers in major cotton growing regions of the country on how to grow these new varieties. Training was also done during trials to help build the capacity of farmers to grow cotton hybrid seeds. Quton breeders say the figures could be higher depending on soil and other agronomic conditions. They say the hybrid varieties have a potential for 60 bolls per plant. Quton and the Cotton Research Institute conducted trials in the 2015/ 16 and 2016 /2017 cropping seasons in main cotton growing regions Gokwe, Sanyati, Muzarabani, Bindura and other areas.

August 7, 2020
Standing by the threads
The COVID-19 pandemic has made survival difficult for the weaving community. The handloom industry has slipped into a

August 7, 2020
What you need to know about antiviral products
The chief marketing officer of Polygiene stated that lots of interest, involvement, and money in the new field of

August 7, 2020
ANEX-SINCE 2021 exhibition to be held in China
ANEX, an Asian Nonwoven Exhibition and conference is considered one of the most awaited nonwoven exhibitions in the

August 7, 2020
D-TECH’s takes on respiratory mask innovation
After successfully launching the D-TECH line of surgical and medical masks, the company is now presenting its new

August 7, 2020
J Brand cracks the code to denim comfort
The consumers in the denim space are constantly on the lookout for stretch denim as it provides comfort.