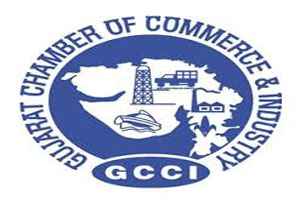 Putting forward the Amul model for producing cotton by GCCI

Shailesh Patwari, president, GCCI said that, estimates by GCCI indicate that despite being the second largest cotton producing country in the world, the yield of cotton per hectare in India is less than half of what it is in China, Australia and US. â€œThe new model will help farmers in reducing their production costs while increasing their income as well as yield. Collective efforts will give them access to a bigger land and reduce their costs of adopting new technology and scientific assistance. It will over all benefit the value chain of the textile sector.â€ He also added that, GCCI and MCMA also said they are preparing a white paper to provide a roadmap of future of Indian textile scenario which will help formulate a new textile policy. â€œWe are pushing for one nation, one policy for the textile industry, which is the need of the hour for stable investments, just like one nation one tax mantra of GST.â€

Gaurang Bhagat, president, MCMA said that, â€œOur key challenge is to make farmers understand this model and how it will benefit them. Farmers are the key part of the textile industryâ€™s value-chain and it is important to strengthen them.â€

100-year-old Maskati Cloth Market Association (MCMA) and Gujarat Chamber of Commerce and Industry (GCCI), are in the process of preparing a detailed report on implementation of cooperative model among cotton farmers of Gujarat. The report will be submitted to the Union government shortly. The proposal was presented, as GCCI declared the â€˜Farm to Fashion â€“ Indian Textile Global Summit at Ahmedabad, which will be held in the first week of May. The summit will also consist of educating cotton farmers of Gujarat about the cooperative model and urging them to join the action.