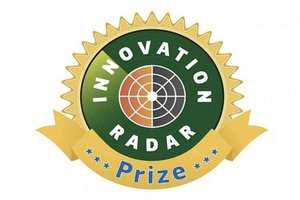 Getting Gr3n pitch perfect - It was clear that we were in for a high octane performance when Dr Maurizio Crippa took to the stage to pitch Gr3n (pronounced â€˜greenâ€™), as he immediately asked the audience to raise their hands if they had never used a backpack or bought a T-shirt. Needless to say, no hands went up. Dr Crippaâ€™s point was that PET/polyester plastics are ubiquitous in the manufacture of, as he put it, â€˜containers for food and drinks, as well as for peopleâ€™. Deriving from the same synthetic polymer source, the acronym PET is ascribed to its use in packaging (such as bottles), whereas the term â€˜polyesterâ€™ denotes its use in textiles.

Once discarded a lot of PET/polyester items result in waste which can only be burned for energy or which ends up as landfill, as they cannot be recycled using standard mechanical techniques. Dr Crippa quotes the figure of 80 million tonnes of PET produced globally which, because of â€˜downcyclingâ€™, is destined to become waste.

So, with such a stark problem, is there a solution? Chemical recycling for the â€˜circularityâ€™ of plastics.

According to Dr Crippa an answer lies in Gr3nâ€™s breakthrough depolymerization technique (DEMETO), for which Gr3n won the prize. The DEMETO innovation was developed via the Horizon 2020 SYMBIOPTIMA project, of which Gr3n was a project partner, and uses a patented microwave radiation technology and associated chemical process to disassemble polymers to collect their constituent building blocks for reuse as virgin PET/polyester. The process also removes colourants to enable wider recyclability.

To date the consortium, which has been working on the technology since 2012 has secured funding to develop an industrial-grade prototype capable of processing 100 kilos per year. By 2019, they intend to finish a demo plant capable of 1000 tonnes per year. With more funding, the next phase is commercialization.

In answering the juryâ€™s questions, Dr Crippa was keen to point out that for reasons of scalability, their business model was to license the process and not to build an entire plant themselves. As he put it, â€œWe want to spread the tech all over.â€

Adding a sense of urgency and when asked about competition, Dr Crippa said, â€œThere is nothing (available) yet at the industrial scale, but this is a race.â€ When asked about demand, he went on to state, â€œI have a request every week because everybody is struggling with this problem.â€

The call for intelligent packaging management - CORDIS managed to catch up with Dr Crippa after his pitch to talk more widely about sustainability. Interestingly, he said that plastics are not the problem per se. In his opinion we need, â€œA more intelligent management of packagingâ€, which will require behavioural change on the part of producers and consumers. He pointed out that as packaging increases the shelf-life of perishables, it reduces food waste. On offering congratulations to the Gr3n team, CORDIS asked Dr Crippa for any advice for fellow researchers looking to get their innovations out of the lab. His response: â€œPut together a good team to cover all the aspects of building a business, communicate your idea easily but without oversimplifying it. Be persistent!â€

Recalling Dr Crippa bound to the stage to collect his prize, hands aloft in joyful acknowledgement, it was clear that this is a lesson that has been well learned.

On Thursday 6 December Gr3n won the Innovation Radar Prize at the major ICT 2018 event in Vienna, Austria, for their technology which increases both the proportion of PET/polyester that can be recycled and the quality of the recycled plastics. CORDIS had a front row seat. The annual Innovation Radar Prize was set up to identify, support and champion the most promising digital innovations emerging from EU-funded projects. This yearâ€™s winner, Gr3n was announced at the closing ceremony of the European Commission's ICT 2018 conference hosted in Vienna, Austria. Finalists within five award categories also won prizes. As part of the selection for the prize, each of the 20 finalists (chosen through public voting) were invited to pitch their innovation to a jury of four experts on the afternoon of 5 December. CORDIS was impressed by the pitches, as well as the juryâ€™s incisive questions directed to the innovators.