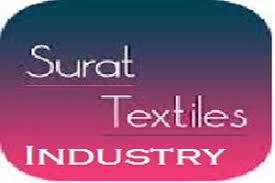 There was a meeting last week of all Surat power loom co-operatives and job workers involving hundreds and thousands of workers where they have proposed to reduce daily operating shifts from three to two. Many employees are also starting to go on leave. Reducing shift means fall in production. A leading composite mill executive said that post GST, there was a fall in a third of Surat synthetic fabric production.

These industry associations and co-operatives have decided to work in two shifts of 6 hours or 8 hours, resulting in one third cut in production. Polyester yarn prices increased 6-8 per cent in the past one month and 12-15 per cent in past 3 months creating more difficulties. Total cost increased along with other costs since January has been put at over 30 per cent. This is happening at a time when fabric demand is low. Demand will revive only when the festival season begins a few months later. Due to an extra month in Gujarati calendar, festivals will start with a month delay.

Surat textile weavers and processors have entered their third critical point in one and a half years. In November 2016, high-value currency notes were withdrawn, immobilizing Surat as its economy was largely cash based involving small processors and migrant employees. Last July, the industry was shut for long after the Goods and Service Tax was imposed, rendering a big blow to textile processors, whose cost increased sharply along with compliance burden.

Ashish Gujarati, President Pandesara Weavers Co-op Society Ltd. Surat, said that, â€œSurat textile industry has not been doing well since GST was imposed. Fabric production has seen a significant fall. Now rising yarn prices have forced us to cut production by reducing number of shifts we were working to save cost.â€

Dhiraj Shah, Managing Director for the Shahlon Group explains that crude oil prices are rising consistently since many months. As a result, prices of petrochemicals like DMT, PTA, MEG etc are also rising. These are raw materials for producing polyester yarn largely used by Surat based power looms and hence said that, â€œat the time when slack demand season has begun, weavers have decided to cut production.â€

If yarn is not weaved and fabric is not produced, job workers will not have that much processing work. Most weavers cooperatives and job works have together decided to cut one shift.

Power looms have another problem which according to a decision in meeting will be represented to finance ministry. Synthetic fabric has 5 per cent GST but yarn attracts 12 per cent GST. This means when selling fabrics, they will not be able to claim full GST paid of yarn and hence huge amount of unused tax credit will remain in their books. A person present in the meeting said that, "We have decided to seek refund of the unused tax credit in our books from the finance ministry.â€