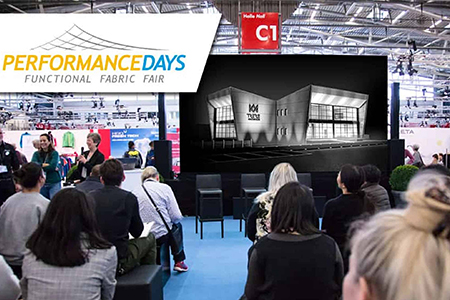 Performance Days to be rescheduled in December 2020

Last week that the green light has been given again to the restart of Commerce Fairs in Bavaria from September 2020 onwards. This means that Performance Days can once again take place in the Messe München.

To ensure that the next fair meets the health, legal, security and quality demands, the trade fair organizers have reached their decision after consultation with all interest groups involved. The date has now been changed from 28-29 October to 9-10 December 2020. Parallel to the countdown to the physical fair, further digital tools will be made for people.

"It has felt as if the entire planet has been standing still, but now the ball is starting to roll, not just for the economy, but also for the area of trade fairs," Performance Days' organizer said in a statement. "The Bavarian government has decided that trade fairs could again proceed in Bavaria as of 1st of September. Of course, this will only occur under strict conditions and also on the premise that the virus continues its decrease.

At the close exchange with exhibitors and fair visitors, the transaction reasonable staff have become conscious of just how much both parties are overlooking private contact with providers, access to the most recent advancements in accessories and fabrics, and the opportunity to go through the materials with each of their senses -- specifically the chance to view and touch. The operative team also sought dialog to clarify via polls whether a physical trade fair would take place, and which would be the favored dates.

Sourcing substances safely in each respect

It is conscious not only the evolution of fabrics and ingredients from producers are off the program.

"Visitors to the report that, as expected, there was a general drop in earnings. Thus, stationary traders have significantly less in-store and warehouse space for extra products. Additionally, buyers, designers and product developers were not able to work as they usually did. Restructuring the daily working routine, timelines, and oneself takes time. Therefore, the December deadline allows us all to reposition ourselves, and is useful, if not necessary."

Voices of exhibitors, "The vast majority of exhibitors have already registered for the next fair. Currently, travel choices continue to be very restricted. International flights, in particular, will be affected, with some not available again until fall. Taking these prevailing circumstances into consideration, exhibitors are begging to get a date in early December."

Fine-tune its security concept, so it may be implemented in the best possible way in the exhibition grounds to make certain that the quantity And caliber of the trade fair exhibits are good as ever.