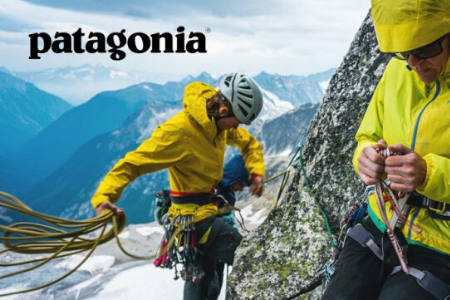 Patagonia will be the first apparel brand to use Primaloft’s P.U.R.E (Produced Using Reduced Emissions) manufacturing technology, as it launches the latest iteration of its Nano Puff jacket.

Introduced in November 2019, Primaloft's P.U.R.E technology uses air, as opposed to heat, to stabilise insulation during the thermal bonding process, reducing CO2 by almost 50 per cent.

“It’s very appropriate for Patagonia to be our first partner using P.U.R.E.,” said PrimaLoft president and CEO Mike Joyce. “For over ten years, we’ve collaborated with Patagonia to make each iteration of the Nano Puff even more sustainable than the last. Four years ago, this meant turning a critical eye toward our manufacturing process. Through four years of research and development, the concept for P.U.R.E. was born.”

Primaloft’s Gold insulation will be the first of its kind to be integrated into a brand’s garments having been produced more energy efficiently with P.U.R.E technology. Identifying the energy-intensive ovens it had long since been using to thermally bond its insulation as a particularly environmentally impactful aspect of production, the company sought to innovate this step to reduce CO2 emissions.

Primaloft was able to find a way around this and, through the use of air to bond fibres instead of heat, was able to reduce CO2 by as much as 48 per cent.

“They addressed the biggest culprit of carbon emissions in their manufacturing process and did so in a way that did not compromise the performance of the insulation in the field,” he continued, “the P.U.R.E. Nano Puff is our most environmentally responsible version of the style to date and still maintains its pinnacle performance.”