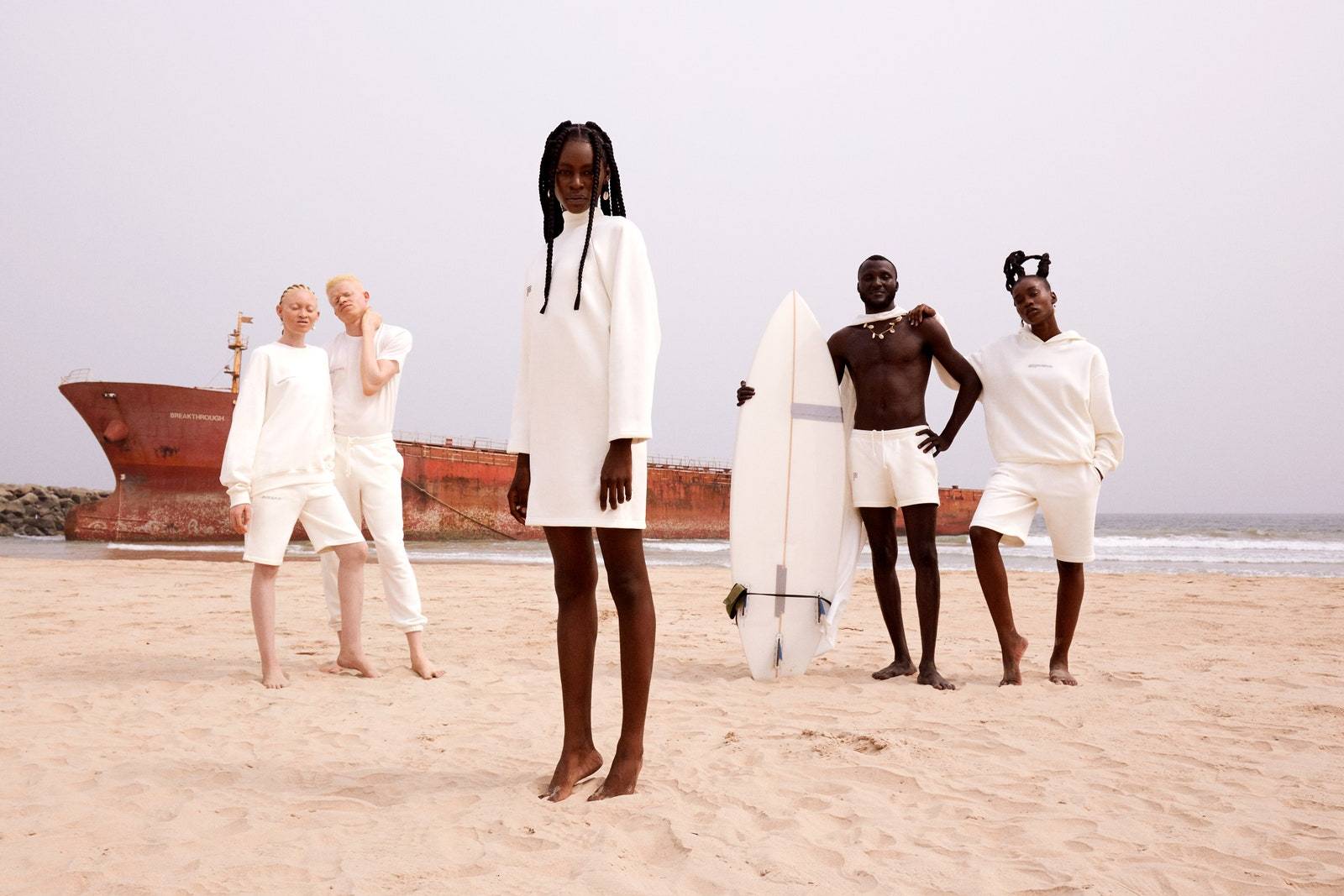 Pangaia's latest collection features heavyweight recycled cotton hoodies, t-shirts, and track pants, as well as new items like bucket hats, bags, and jersey slippers, all printed with AIR-INK, in line with the brand's commitment to sustainability and fostering a circular economy.

Graviky Labs, based in Boston, recycles air waste into sustainable paints, inks, coatings, and plastics. AIR-INK, one of its inventions, is made from PM 2.5, a particulate matter portion of air pollution that is considered highly harmful to humans and leads to climate change.

Graviky Labs collects this matter, cleans it, and then transforms it into a pigment that can replace carbon black that is usually employed in traditional inks. The alternative is mixed into these inks, which are now used for the brand's new logo and are also text-blocks on all of Pangaia's new capsule brands.

The brand has created a video series called "Just Like Ink, by Jenke Ahmed Tailly that features Naomi Campbell, a model, philanthropist, actress, and businesswoman, as well as Nigerian singer Keziah Jones, as part of the launch promotion.

Jenke Ahmed Tailly who has worked with the likes of Beyonce and Kim Kardashian, in a press release said he was thinking about the amazing transformation technology behind AIR-INK and how carbon emissions are technically turned into ink when he began working on the campaign idea.

Tailly added that Still I rise is the name he picked, and it was inspired by a verse of Maya Angelou's influential poem "Still I rise – Just like moons and suns, with the certainty of tides, just like hopes springing high, Still I'll rise."

Then he began thinking of infinite paths to rise, and he was drawn to the infinity symbol, which is linked to all in existence and represents infinity potential rather than infinite quantities.

This is the perfect metaphor for their humanity's interdependence and is in line with Pangaia's ideology as a responsible brand – with this young wave of thinkers paving the way for a sustainable future for our planet.

Pangaia launched its first zero-waste shoes in October of last year, which included not only plant-based leather made from grapes but also 100% recycled natural materials such as recycled rubber soles derived from industrial waste.