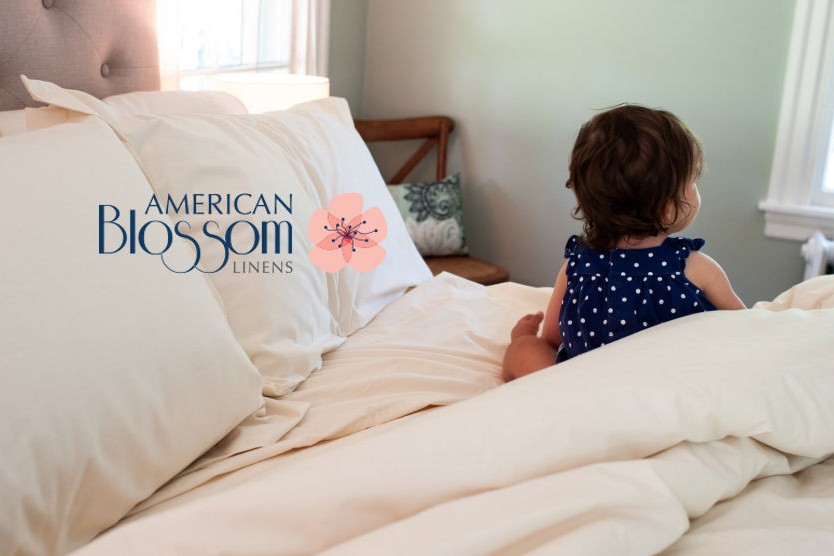 For the past 2 decades, a family-owned bedding manufacturer- Thomaston Mills focuses on the healthcare and hospitality market. Hotels such as Hilton, Marriott, Radisson, and Intercontinental have used their sheets. While nearly all textile manufacturing and production moved overseas, Thomaston Mills has been making sheets for over 122 years in the USA- in the town of Thomaston, Georgia.

In December 2018, Thomaston reentered the retail market, with the launch of the direct-to-consumer brand, American Blossom Linens to respond to the rising consumer demand for organic cotton and USA-made bedding. To capture the old-fashioned goodness of their origins, they brought back a brand, originally called Blossom, which was created by Thomaston in the 1940s. There was an increase of 400% in the sales of American Blossom Linens during the supply chain issues during the pandemic and increasing popularity of made-in USA products.

Janet Wischnia, the company’s founder said that they received emails and messages from customers every day thanking them to manufacture products in the USA. Many of them said that they are now searching out American Made products exclusively.

Using 100% traceable organic cotton grown by family farmers, American Blossom Linens bedding is made only in the USA, unlike the soured textiles which travel on average 8,000 miles from the factory to door. Their bedding drastically reduces its carbon footprint along with supporting American workers as they are grown, processed, finished, and sewn in the USA.

A survey was conducted in June, to know what additional products the customers would like to see added to the American Blossom Linens line. And the majority asked for blankets. For this, they partnered with a family-owned mill in Monmouth Maine who has been making blankets since 1850. The new Herringbone Blankets are weaved by the mill using organic American cotton farmed without GMOs, harmful pesticides, or chemical defoliants. The blankets are both breathable and insulating and are suitable for hot summer nights as well as when the weather turns cool.

The blanket is available in 2 colors i.e. American Harvest, a neutral beige shade, and Patriot Blue, a rich blue shade; and in 3 sizes i.e. king, queen and throw. A combination of natural West Texas organic cotton yarn and Foxfibre® Coyote Brown heirloom cotton yarn is used for the color American Harvest. While a combination of natural yarn and blue yarn made from West Texas organic cotton is used for the color Patriot Blue.

The geopolitical pressures have increased the price of the imported goods, hence the importance has shifted to the local made and made in USA products. The sewing supervisor at Thomaston mills Erica said that they are thankful for all the customers who support their USA-made products.