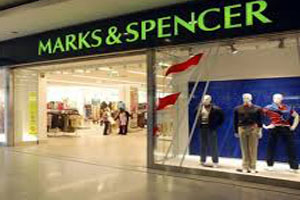 Mr Rowe previously condemned the retailer for having cumbersome and bureaucratic structures, and a store estate which is not â€œfit for the futureâ€. However, the overhaul has proved aching for the business. M&S was criticised to its second straight year of falling profits in May as it afflicted a huge bill for store closures.

Pre-tax profits jumped from 62.1pc to Â£66.8m for the year ending March 2018, hugely influenced by Â£321.1m of costs linked to shutting underperforming shops.

M&S was tight-lipped on how AI might be applied, but chief executive Steve Rowe said it may prove a game changer for the UK retail industry. Microsoft is reportedly working on technology that would eliminate cashiers and checkout lines from stores in a challenge to Amazonâ€™s automated shop. Mr Rowe said that, â€œM&S is transforming into a digital first retailer, at a time when the sector is undergoing a customer-led revolution. â€œWe want to be at the forefront of driving value into the customer experience using the power of technology. â€The move is part of major reboot under Mr Rowe designed to revive the companyâ€™s flagging fortunes.

Marks & Spencer is changing to artificial intelligence to enhance itâ€™s appeal to customers through a game-changing partnership with Microsoft.

The retailer is working with AI experts at the US tech giant to explore how the technology could improve the shopping experience on the high street.