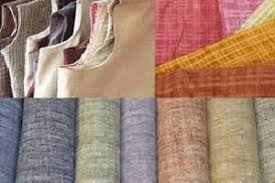 Khadi in a modern and trendy style in South Africa

As part of the Centenary Year celebrations of Gandhijiâ€™s Swadeshi Movement, the High Commission of India in Uganda, in association with Uganda, unveiled the Gandhi Charkha gifted by KVIC at the Gandhi Heritage Site at Jinja in Uganda on October 2, 2017, which is also the International Day of Non-Violence. The 25-kg Charkha was made of high-quality teak wood and is 3.6 feet long, 1 foot 11 inch tall and 1.5 feet wide, made in Ahmedabad by a Khadi institution. It was the first testimony that a Charkha had gone to the foreign soil

The event will be held at the Sandton Convention Centre in Johannesburg on April 30, during the concluding session of the two-day India-South Africa Business Summit, as a â€˜The Tribute to the Mahatma and Madiba (Nelson Mandela)â€™The programme is being held in memory of 125 years of the Pietermaritzburg incident, in which Gandhi was thrown out of a train by White supremacists, along with Mandelaâ€™s birth centenary. In March, Ruchira Kamboj, Indian High Commissioner in Pretoria, requested Khadi and Village Industries

The event aims to showcase New India in South Africa, with the intent to double two-way bilateral trade and investment within a five-year period. Union Minister for Commerce, Industries and Civil Aviation Suresh Prabhu will also attend the Summit.South Africaâ€™s noted fashion designer Gavin Rajah will choreograph a 20-minute textile event aiming to project Khadi in a modern and trendy style

Commission (KVIC) Chairman Vinai Kumar Saxena to provide different Khadi fabrics, including silk and muslin, in both embroidered and printed forms reflected by Gavin Rajah.Almost a hundred years after Mahatma Gandhi returned from South Africa and began spinning Khadi, the humble Indian fabric is knocking on the continentâ€™s doors again: Khadi is going global, later this month.He said that the KVIC had dispatched more than double the length of the desired fabric. Gavin Rajah, a household name in South-Africa, had played an active role as UNICEFâ€™s goodwill ambassador advocating for the rights of children. He had also tweeted about the signature fabric of India, Khadi.Saxena, who will attend the upcoming event as a guest, said when Gandhiji reached South Africa, a war against apartheid and British rule was started. Now, Khadi is all set to bring economic freedom to the land of Madiba, the clan name of Mandela, as â€˜Ahimsa Silkâ€™ is not just pious but also workable