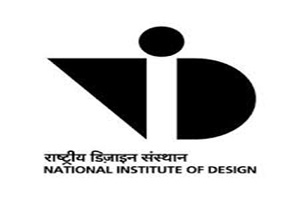 The officials said that the indigenous cotton and wool, apart from being sustainable and providing livelihood to the traditional practitioners, are also better suited to the local climate.NID and Khamir officials said that commercialization of the products is in the pipeline as multiple stakeholders have shown interest in taking the idea further

â€œEarlier, children of the artisans used to get inducted in the same family vocation but now time is changing. We are encouraging the young artisans to get exposed to global trends and new ways of designing to reach out to newer audience. The initiative at NID was thus strategic to providing them a new perspective,â€ as quoted by Juhi Pandey, director of Khamir. She also added that the basic idea behind Khamir is to sustain local culture and tradition and Kutchâ€™s stitching and fabrics are very much part of the extended identities of local groups

Salonee Pathak, one of the students who participated in the two-month long initiative, said it was a learning experience for both students and artisans. â€œThe idea was to create a sustainable future and empower people by providing them with a means of livelihood. We observed extensive weaving techniques and experimented with new designs,â€ she said.The team members said that all the clothes were made completely on loom, without any wastage, with natural dye and multiple functionality

It is tenacious and more responsive to dyes.Right from cultivation to creating yarns, it requires more effort compared to more mainstream crops which is not easy.Four artisans from Kutch-based NGO Khamir worked closely with a group of 12 students of National Institute of Design (NID) in Ahmedabad to experiment with the material. While two groups consisting of one artisan and three students each worked on cotton, two opted for sheep wool acquired from Kutch. The project was part of the coursework of the design programme

Before the emergence of Bt cotton, Indian textiles thrived on indigenous varieties of cotton used by people in different parts of the country to suit their local needs. One such variant was Kala cotton, found in a most of Asia and Africa a coarse and short-staple strand which was grown in large parts of Gujrat as well

August 5, 2020
INDA’s report for meltdown fabric in the USA
The pandemic has put ventilators and safety equipment at the forefront in the efforts to combat the pandemic.

July 29, 2020
Is Diesel’s antiviral jeans a hoax?
Denim sales have taken a steep hit amidst the pandemic among quarantined America. The brand Diesel is looking to

July 29, 2020
UPrint Technology expands sales to North and central America
The GSE Dispensing Inc. sales and marketing and after-sales functions in North and Central America are to be

July 29, 2020
What’s next for the textile industry?
With the pandemic changing lifestyles, consumers are confined to their homes. Apparel Industry making functional