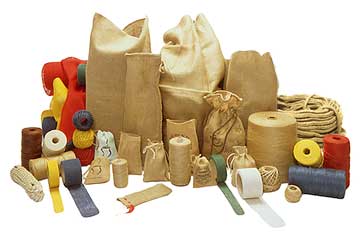 Jute exports from Bangladesh to India may face anti-dumping duty

Bangladeshi jute and jute goods may be subject to 25-30 % duty upon entry to the Indian market if the local exporters are found guilty of dumping.

The development comes after the Directorate General of Anti-Dumping and Allied Duties or DGAD under India's commerce ministry concluded its probe into the matter last week, said an official of Bangladesh Tariff Commission. The report is likely to be disclosed next week.

â€œI heard that a 25 percent to 30 percent anti-dumping duty was recommended in the report,â€ said a jute exporter who has been doing business with his Indian partners for many years now.

Hedayetullah Al Mamoon, senior secretary to the commerce ministry, said: â€œWe are aware of the issue. We sent our official statement to the Indian authority last week.â€

Negotiations will start with the Indian government once the official statement is received, he added.

Three years ago, the Indian Jute Mills Association had accused Bangladeshi exporters -- for the first time in 40 years -- of selling jute products at prices lower than those in India's domestic market.

Then in October last year, the Indian anti-dumping authority started its investigation into the matter.

As part of the investigation, a team of DGAD visited some factories in Bangladesh and collected data, including the export prices of the shipped products to India and the sales prices in the domestic market, said industry insiders. Officials of the tariff commission attended several hearings in India before the conclusion of the investigation.

Usually, the anti-dumping duty on a product is the same amount by which it undercuts the domestically manufactured product. The prices of jute yarn in the Indian market tend to be comparatively low, said the exporter.

The average prices of widely exported 28-carded jute yarn vary between $820 and $830 a tonne. â€œIf the duty is imposed, we will lose our competitiveness -- we will not make any profit from our shipments to India.â€

The Indian investigation team also took the opinions of the Bangladeshi jute exporters before preparing the final report, he said.

Bangladesh exports more than 1.10 lakh tonnes of jute yarn to India a year, according to data from Bangladesh Jute Spinners Association. Besides the jute yarn, Bangladesh also exports raw jute and other jute goods.

Bangladesh's jute sector, which involves about 40 lakh farmers and about two lakh workers, processes more than nine lakh tonnes of raw jute out of the average local production of 13.5 lakh tonnes a year.

About 90 percent of jute goods are shipped abroad.

Jute yarn and twine account for 65 percent of the sector's annual export receipts of over $850 million, according to data from the Export Promotion Bureau and Bangladesh Jute Spinners Association.