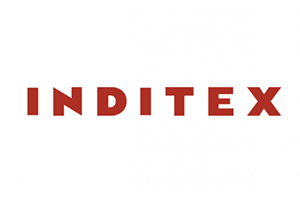 At its AGM today in Spain, Inditex says that by 2025, 100 per cent of the cotton, linen and polyester used by its eight clothing brands will be made from either organic, ‘sustainable’ or recycled fibres.

It also revealed that its ‘Join Life’ labelled garments will account for 25 per cent of the total number of garments that it sells by the same date.

With annual revenues in the region of €26.14 billion, the owner of Zara, Pull & Bear and Massimo Dutti says that its strategy to integrate sustainability and digitisation in its supply chains are fundamental to its business plans going forward.

“Our digital transformation and determined progress towards the most demanding sustainability standards are complementary and underpinned by the efficiency of our long-standing business model,” noted Executive Director Pablo Isla in the retailer’s latest sustainability statement released at today’s AGM. “Sustainability is a never-ending task in which everyone here at Inditex is involved and in which we are successfully engaging all of our suppliers; we aspire to playing a transformational role in the industry.”

The news comes shortly after first quarter sales at Inditex hit a new record of €5.93 billion with net profit up 10 per cent to to €734 million compared to the same quarter last year. It also comes at a time when sustainability announcements from huge companies whose business models are based on continued growth – continue to be questioned.

Pablo Isla has today set out Inditex’s global sustainability commitments in a new 12-page dossier which outlines the company's aims on sustainability for the next five years.

In addition, 80 per cent of the energy used in the Inditex Group activities (stores, logistic centres and offices) will be sourced from renewable sources.

Also this year, Inditex says it's ‘Join Life’ garments will account for 25 per cent of the total number of garments that it sells. Join Life is the label used by all of the Group’s retail formats to single out the use of more sustainable raw materials such as organic cotton, recycled polyester and Tencel and the prioritisation of more water and energy friendly processes.

Inditex reports that the volume of clothing featuring the Join Life label has already increased by 85 per cent in 2018 to 136 million garments. The Group is anticipating further significant growth in 2019 – of 110 per cent – and that by 2020 one in every four items of clothing put on sale will qualify for this sustainability label.

Next year, all Inditex stores will have been fitted with containers for collecting used clothing for subsequent charitable purpose reuse or recycling.

The Clothing Collection programme is part of the company’s efforts to create a circular economy. “That programme’s reach –in collaboration with a number of non-profit organisations – has increased to 24 markets,” says the Company.

Since its launch, over 34,000 tonnes of garments, footwear and accessories have been collected through these dedicated containers. The move comes as part of its efforts to fund new technology for recycling apparel where it has expanded its agreement with the US$4 million programme with the Massachusetts Institute of Technology (MIT) to find better ways of recycling clothing and recovering fibres using clean technology.

The AGM also approved the creation of the new Sustainability Committee within the Board of Directors and agreed to increase the number of directors to 11, paving the way for the appointment of a new independent director in the future.